Fracking wells are being blamed for health problems in the US

According to the findings of a random survey that was led by Yale University and involved 492 people in 180 households in southwestern Pennsylvania with ground-fed water wells, 39% (almost two of every five) of those who live less than 1 kilometer (km) from a natural gas fracking well reported upper respiratory problems compared to 18% who lived more than 2 km away from wells.

Skin problems were also reported by those living close to wells.

As for skin irritation, the study learned that 13% of those who live within a kilometer of a well stated that they had experienced skin problems, such as rashes and other issues. Meanwhile, only 3% of people that live more than 2 km said they experienced similar issues.

Peter Rabinowitz, the lead author of the study and University of Washington environmental health professor who conducted the research while at Yale, said that “This is the largest study to look at the overall health of people living near the wells.” Rabinowitz added that “It suggests there may be more health problems in people living closer to natural gas wells.”

However, the professor pointed out that the findings of the study do not prove that the fracking wells are the cause of the symptoms and that further research is needed.

Fracking has been linked to many health concerns. 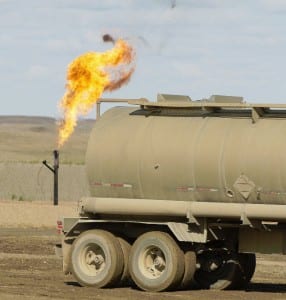 Gas and oil companies disagree, however, and defend the practice, claiming that not only is every step of the process regulated, but it is a safe way for America to boost its economy and increase its energy independence. According to a report by the American Petroleum Institute that was released in July, there has never been a confirmed case of contaminated groundwater linked “to the fracturing operation in 1 million wells hydraulically fractured over the past 60 years.”

The focus of the recent Yale study was Washington County, Pennsylvania, which is part of the Marcellus Shale where fracking is extensively utilized to extract shale gas.