Fuel cells are gaining momentum throughout the world, but some companies face serious setbacks

The past year has been somewhat successful and turbulent for the global fuel cell industry. Several companies in  the industry have managed to build significant momentum in new markets, introducing fuel cell systems that have won acclaim from businesses and consumers alike. Others have experienced more difficulty in new markets, as is the case with Ballard Power Systems. Earlier this month, the company was forced to pull out of the Chinese market due to a failed partnership with another company.

According to a report from Grand View Research, fuel cell shipments throughout the world surpassed 50,000 units in 2013. The report notes that fuel cell shipments have continued to grow, but reliable information concerning this growth is not yet available. The majority of these shipments were of proton exchange membrane fuel cells, which have become quite popular in the auto industry because of their small size and mobility. Many automakers are planning to release fuel cell vehicles in the coming years. The success of these vehicles could increase fuel cell shipments by a significant margin. 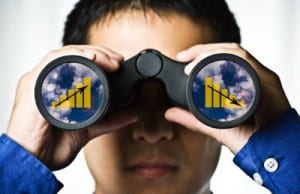 The report predicts that global installed fuel cell capacity will reach 665 megawatts by 2020, experiencing  23% annual growth until that time. The demand for stationary fuel cell systems is growing relatively quickly in markets that have a strong interest in renewable energy. Residential hydrogen fuel cells have become particularly popular in these countries, where they are being used to provide electrical power and hot water to homes. Hydrogen fuel cells are not yet as popular as solar energy systems among homeowners, but that may change in the coming years.

The fuel cell industry is likely to rely heavily on investors in the coming years. Those interested in investing in fuel cells will need to study the markets they are thriving in closely and understand the issues facing market penetration. In doing so, investors will have a better idea of what must be done for fuel cells to find success.