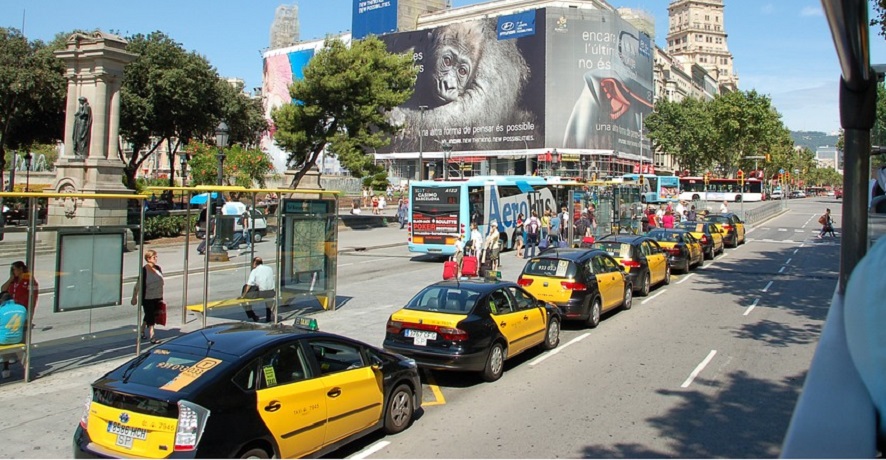 The hydrogen powered vehicles will be on the roads by 2026 when refuelling infrastructure is in place.

They will be driving by 2026 following massive H2 production and refuelling infrastructure construction.

The fuel cell taxis will be headed to the capital of Spain in five years, by which time the city will be well underway in constructing a hydrogen infrastructure that includes production, delivery and refueling. That said, the first fuel cell electric vehicles (FCEVs) in Madrid are expected to hit the city’s streets by 2022.

The €100 million effort to bring the zero-emission vehicles to the city involves the FPTM, as well as Toyota, Fotowatio Renewable Ventures (FRV), Madrileña Red de Gas, Grupo Ruiz, and PwC. The collaboration and investment involve fleet vehicles and a refuelling infrastructure known as “hidrogeneras.”

The hydrogen fuel cell taxis will be delivered by Toyota Spain in the form of the Mirai sedan.

Along with FPTM, Fotowatio Renewable Ventures and Madrileña Red de Gas will deploy the hydrogen infrastructure, underscoring that the vehicles will be fuelled with green hydrogen. That renewable fuel will be produced by a 10MW electrolysis hydrogen generator powered by a 20MW solar plant. The Community of Madrid will take part in the installation. Should the demand see substantial increases, there are already talks of potential for expansion.

To support cab drivers in the transition to FCEVs, the collaboration aims to categorize this project as a taxi as-a-service. In this way, it would be possible for cabbies to use an FCEV at a cost comparable to similar vehicles with traditional combustion engines.

would bring the vehicles to the French capital city. In that project, about 600 conventional cabs will be replaced by Toyota Mirais. That project aims to have all the vehicles on the road by 2024.