The report suggests that hydrogen fuel cells can be used in virtually every transportation sector, from passenger vehicles to bicycles. The report focuses specifically on light vehicles, which weigh as much as 6 metric tons. These vehicles are quickly gaining attention because of their efficient and environmentally friendly nature. Fuel cell vehicles are expected to have a very successful future in the clean transportation space. By 2050, the report predicts that fuel cell vehicles will represent the fastest growing segment in the automobile market. 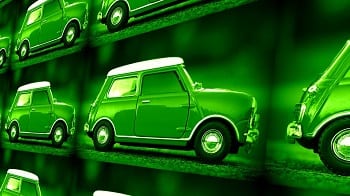 Three of the world’s leading automakers, Toyota, Hyundai, and Honda, are expected to lead the way in the commercialization of fuel cell vehicles. These companies have already established a very strong position in the clean transportation market. Each company has already begun to offer their own fuel cell vehicles and they have also been investing quite heavily in the development of new hydrogen fuel stations. These stations are sorely needed in order for fuel cell vehicles to find any significant degree of success. By 2020, the world may have a sufficient hydrogen fuel infrastructure capable of supporting a new generation of vehicles that are becoming more popular.

Vehicles equipped with fuel cells to generate $1.24 trillion for the auto industry

An estimated 22.6 million fuel cell vehicles are expected to be sold worldwide by 2032. These vehicles are expected to generate approximately $1.24 trillion in revenue for the auto industry. Consumers have strong interest in fuel cell vehicles, but lacking infrastructure support has made their adoption relatively slow. Another issue that consumers have with these vehicles involves their costly nature. Fuel cells are notoriously expensive, a problem that automakers have been working to resolve for several years now.