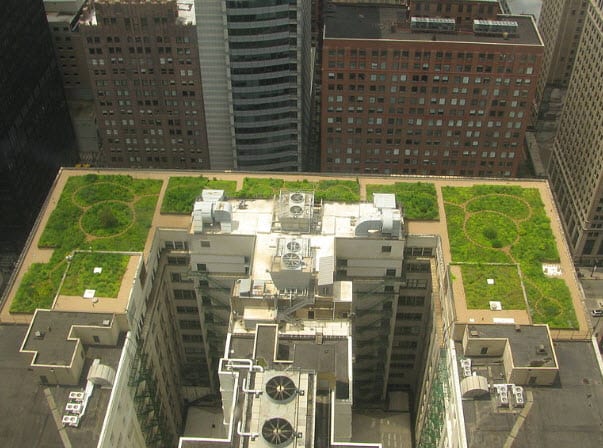 Green buildings growing in popularity around the world

When green rooftops and walls are mentioned, people generally think about environmentally friendly construction materials and not about roofs and walls that are, quite literally, green. Environmentally friendly construction materials are becoming more popular, but there is a different kind of green trend that is taking the world by storm. Rooftops and building walls that are covered with plantlife are garnering acclaim for their ability to significantly reduce energy costs and mitigate the environmentally harmful impact some structures have becomes notorious for. These green buildings are slated to become quite popular in the coming years.

Buildings covered in vegetation have been mildly popular in Japan for some time and have been considered as a viable way to reduce heating costs and cut down on air pollution. Large cities are often devoid of plantlife that can mitigate the environmental impact of a massive population. Because of this, pollution and other problems are often worse in bustling metropolises than they are in smaller, rural towns with a high density of plantlife. Because of the potential benefits that could be harnessed through covering buildings with vegetation, cities all over the world are beginning to provide incentives for businesses to adopt such a practice.

According to a study from Lux Research, the market for green buildings is expected to surge to $7.7 billion by 2017. Demand for green rooftops alone is expected to leap by 70%, accounting for approximately 204 million square meters of environmentally friendly space throughout the world. While there are many benefits to covering a building in plantlife, Lux Research notes there are also significant drawbacks, the most problematic of which is cost.

Green buildings require a massive upfront investment to begin taking shape. The plantlife necessary for such buildings can range from $300/m2 to $500/m2 for rooftops alone. When a wall is factored into the equation, costs begin to escalate dramatically very quickly. These costs are expected to keep adoption of this practice limited to a niche market, but this market is expected to experience promising growth nonetheless.