The 2021 United Nations Climate Change Conference (COP26) is actually the 26th summit of its kind, but never before has it received such international attention and never before has green hydrogen been as highly featured.

Country, industry and company leaders from around the world are gathered for COP26, for what is being billed as the most important summit this conference has experienced so far. Many countries worldwide have been using climate change targets to help restart their economies following widespread pandemic shutdowns and lockdowns. This has placed the spotlight on the trend and on the technologies and strategies that will be used to help arrive at those goals. More than any previous COP conference, green hydrogen fuel has been enjoying some considerable attention.

While it is clear that hydrogen fuel is not nearly the leading or exclusive component to national decarbonization strategies, this zero-emission energy source that is produced without also creating greenhouse gases has given it obvious appeal. While many automakers have placed their primary focus on electric vehicles, particularly in the passenger car sector, H2 has been finding its place in mass transit, long-haul vehicles, heavy duty vehicles and machinery, shipping, aviation, industry, and other massively carbon emitting arenas.

“If we act now, and we act together, we can protect our precious planet”

— COP President @AlokSharma_RDG at the opening of #COP26 yesterday.

Why do discussions keep circling around to green hydrogen at COP26?

H2 produced by any means has drawn the most attention. That said, while the fuel itself may not produce any greenhouse gasses when it is used – producing only water as its emissions – the same cannot automatically be said about the way it is produced. H2 can be produced using highly polluting fossil fuels, such as coal for that matter. 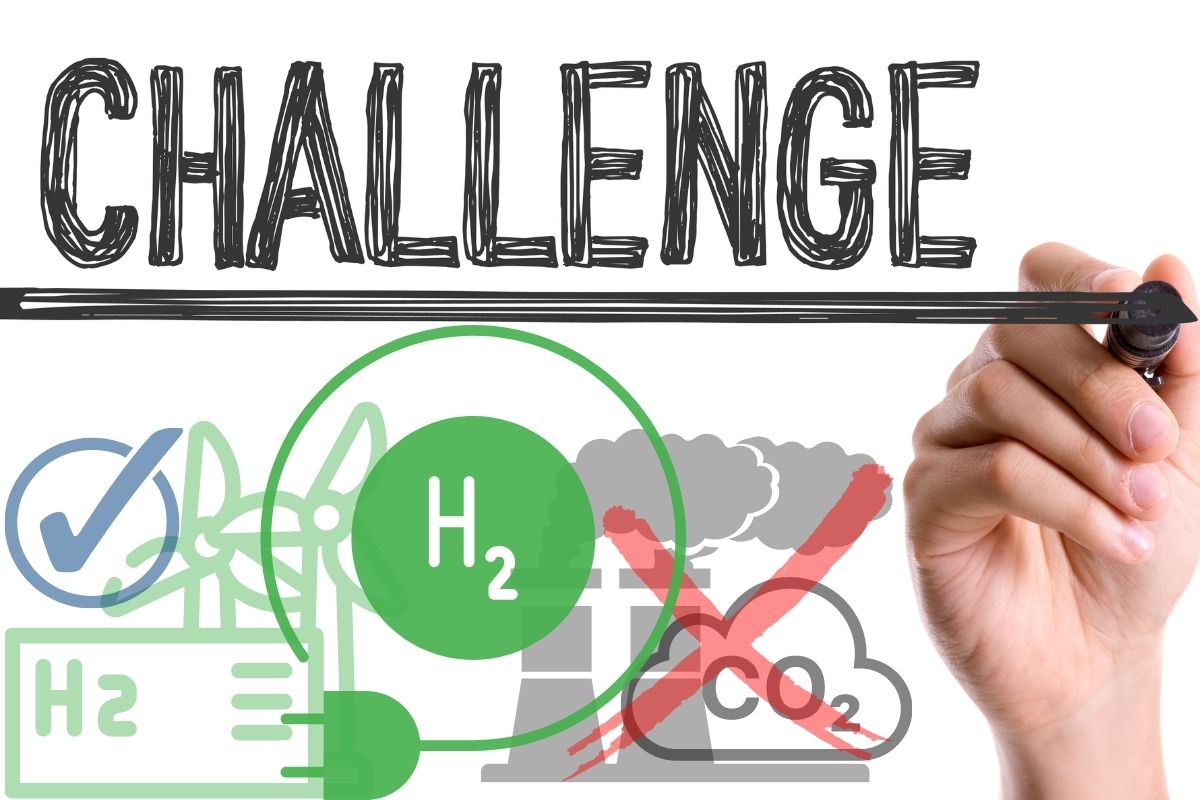 This is among the main challenges to using H2 for decarbonization. It’s all well and good if a vehicle doesn’t produce any emissions when running on this fuel, but if producing the fuel in the first place creates just as much greenhouse gas, there isn’t any real benefit to the transition.

Therefore, countries and companies are seeking to find a balance in H2 production that will allow them to have the smallest possible carbon footprint while still working with the resources they have. Moreover, the price tag associated with generating green hydrogen cannot be ignored.

Still, it remains a component – or at least an eventual goal – of many decarbonization strategies, despite the fact that H2 produced using renewable energy can come with more challenges and expense than brown, grey or blue hydrogen produced with natural gas followed by carbon capture and storage, for example.

3 Factors that make green hydrogen impossible to ignore at COP26.

Despite the challenges it entails, green hydrogen remains a current or ultimate goal for many decarbonization strategies to achieve carbon neutrality targets. The following are three of the primary reasons that this is the case.

The 26th UN Climate Change Conference of the Parties (COP26) is hosted by the UK in Glasgow, Scotland, from October 31 through November 12, 2021. The summit is an assembly of parties focused on the acceleration of action toward Paris Agreement and UN Framework Convention on Climate Change goals.

Pennsylvania Governor awards $9.5 million to hydrogen fuel and other clean transportation
How to Repair a Defective Weld through X-Ray?