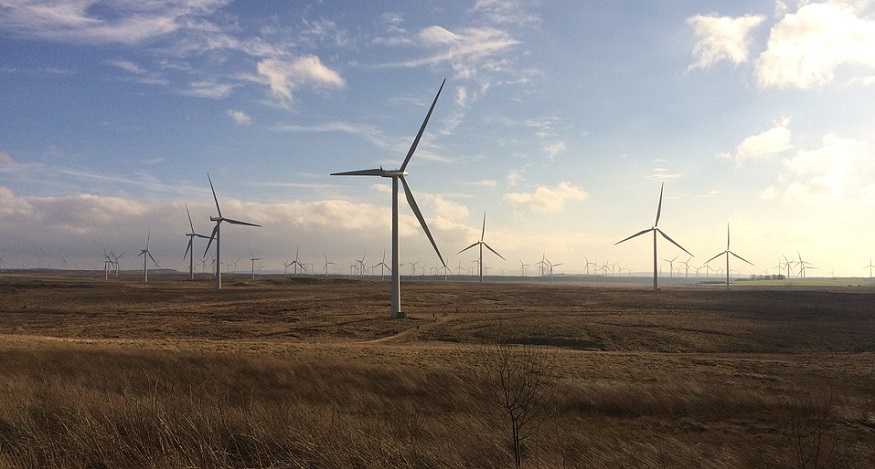 The energy firm has submitted an application for a new wind powered H2 production facility.

ScottishPower has announced that it plans to build what would be the largest green hydrogen electrolyzer in the United Kingdom.

The company intends to construct the renewable energy facility on the outer edge of Glasgow.

To move forward with its plan, ScottishPower has submitted an application for a new 20MW green hydrogen electrolyzer. The reason for its location on the outskirts of Glasgow, Scotland is that it places it near to the largest onshore windfarm in the UK, Whitelee.

The company said that the new wind powered H2 equipment would be the central component of a hydrogen fuel facility. The plant would produce about 8 metric tons of green H2 every day. That would be enough renewable energy to power more than 550 busses traveling back and forth from Glasgow to Edinburgh each day.

The company’s planning application also proposes a combined solar farm of as much as 40MW, in addition to up to 50MW of battery energy storage. Along with the hydrogen production facility, those additionally proposed components would be installed about 5 kilometers (about 3 miles) to the west of Lochgoin Reservoir, next to the existing Whitelee Extension substation.

This represents the first of the “Green Hydrogen for Scotland” projects. That is a partnership formed with ITM Power, ScottishPower and BOC. Its purpose is to supply the commercial market with H2 before 2023. Nicknamed “Green Hydrogen for Glasgow,” this first project to be proposed is geared toward providing greenhouse gas emission-free transportation while cleaning up Glasgows communities and offering industrial H2 support for the region’s demand.

Glasgow, which will host the United Nations 26th Climate Change Conference (COP26) this year, wants to be the United Kingdom’s first net-zero city by 2030. In this effort, the green hydrogen electrolyzer will be only one of many different steps taken to reach the goal.

“With all eyes set to be on Glasgow later this year as the city hosts the UN’s 26th climate change conference, COP26, it’s fantastic to be making this next important step towards delivering green hydrogen for Glasgow,” said ScottishPower Hydrogen Director Barry Carruthers. “Whitelee keeps