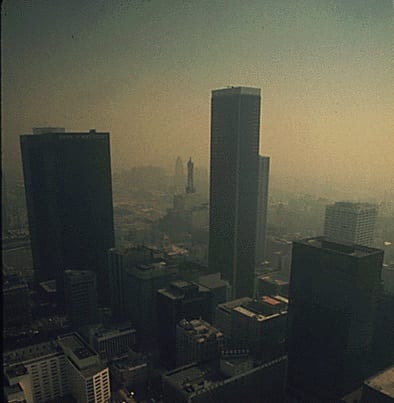 The United States may need to start exploring their green technology options because according to a recent report from the American Lung Association, Las Vegas, Fairbanks, Salt Lake City, Los Angeles, Visalia, Fresno and Modesto are among the places that topped the list of the U.S. cities with the worst air pollution.

Too many cars on the roads are contributing to the problem.

In California, trucks and cars are a huge part of the air pollution problems within the state’s cities, which is also the case in Dallas, Texas and other American cities like Charlotte and Atlanta.

Moreover, cities that have tried to take a step toward improving air quality by upgrading cabs and other fleet vehicles with alternative fuel sources, have had to put their green vehicle plans on hold due to lawsuits and other setbacks. For instance, New York City attempted to modernize its cab fleet but the city’s efforts were halted by federal courts.

The federal government and local governments have be criticized for not doing enough to get more cars off the road and encouraging people to use mass transit instead. In addition, the adoption of electric cars and hydrogen fuel cars has been slow across the country.

Green technology that cuts down air pollution could save lives.

Air pollution is a problem, but it is an issue that people can easily overlook or brush off without realizing how hazardous this contamination is to their health. Air pollution does not only lead to hazy days and eye irritation. It is also the culprit behind respiratory illnesses and can even result in death.

According to the U.S. Environmental Protection Agency (EPA), its Cross-State Air Pollution Rule, designed to improve the country’s air quality standards, will save anywhere from 14,000 to 24,000 lives every year and prevent thousands of serious asthma-attacks, strokes and heart attacks.