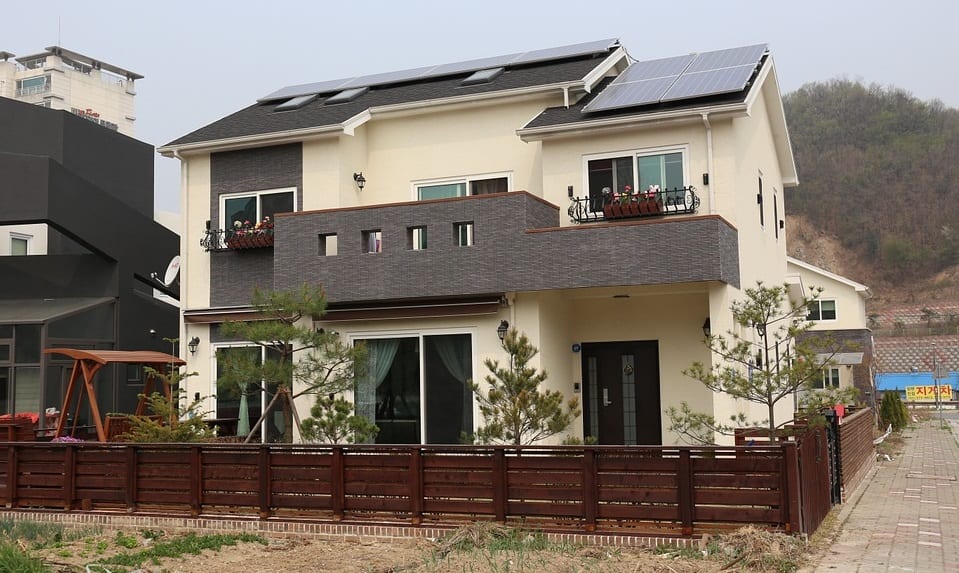 The self-sufficient housing complex, powered by solar energy and stored hydrogen, is located in Vårgårda, Sweden and is a project resulting from a partnership between Better Energy and Nilsson.

Residents of the complex will be 100% disconnected from the electrical power grid.

The project is a breakthrough in sustainable building and clean energy. When the complex is fully finished and operational, a total of 172 flats in six housing blocks will be able to operate exclusively on alternative energy derived from clean sources.

Residents of the building will be fully independent and disconnected from electrical power grids as well as exterior heating sources and fluctuating electricity prices. Counting only the solar panels, these alone will produce enough electricity to meet their energy needs throughout the year. As for the stored hydrogen, it can be converted cleanly and efficiently back into energy when it is needed.

The stored hydrogen will help to make sure that renewable energy that is generated is not wasted.

One of the challenges of generating renewable energy is that the production of this energy and consumer demand are not always equal. In many cases, more energy is generated than is needed by consumers at certain points but then becomes unavailable at other points due to weather, lack of sunlight, etc.

To overcome this challenge, a long-term storage solution was required to provide electricity and heat during periods when the sun shines less. By storing this extra energy in the form of hydrogen, this offers a 100% clean, long-term energy storage solution.

The reason hydrogen is utilized is that it has the largest energy content of any fuel. This means that a small amount of hydrogen has the ability to store a large amount of energy. Moreover, hydrogen is also chemically stable and can store energy for long periods of time.

Solar-hydrogen systems generate energy from the sun and then store this energy for later use, producing only pure water and oxygen as waste products.

“Ironically, our solution involves the limitless energy of the sun and the simplest, lightest, most abundant element on Earth, hydrogen. Resources and technologies right in front of us,” said EVP Sales, Nicolai Faaborg Andersen, Better Energy, reported Renewable Energy Magazine.
“We’re just combining them in a new, clean and extremely efficient manner. It’s brilliantly simple,” Faaborg added.
In specific regard to the Vårgårda housing block, the solar panels on the housing complex capture the sunlight and convert it into power. The additional energy passes through an inverter and gathers in a battery, which powers an electrolyzer. The electrolyzer generates hydrogen gas by splitting water molecules into the base element of hydrogen and oxygen.

The resulting hydrogen is compressed to 300 bar and stored in a pressure tank. When energy is required, the stored hydrogen can efficiently and cleanly be transformed back into electricity via hydrogen fuel cell, with zero emissions.