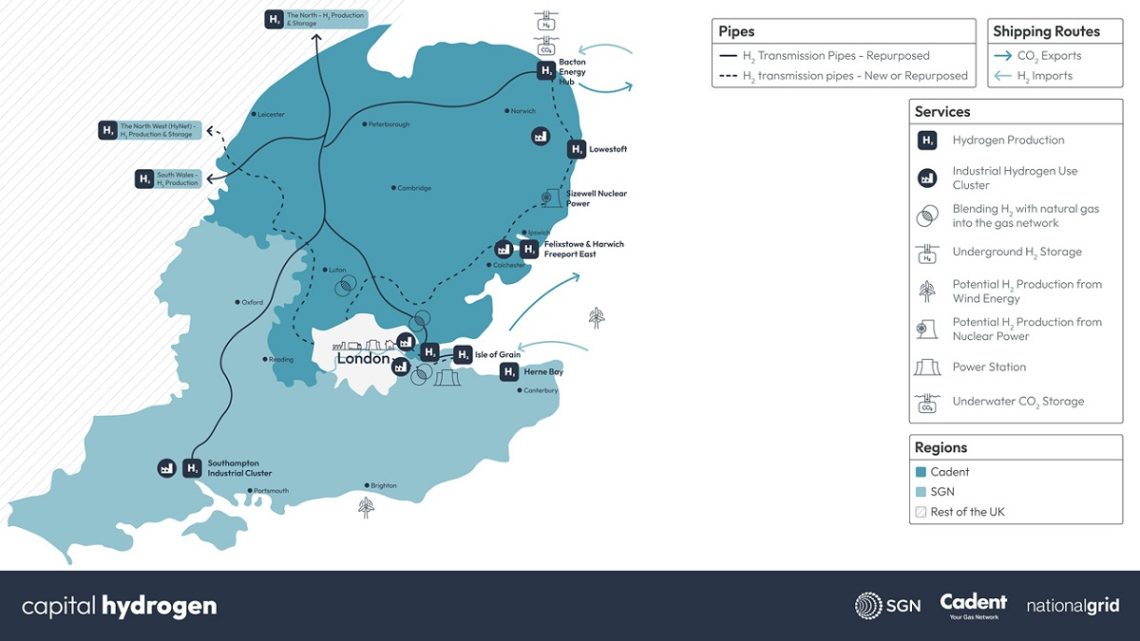 The results of a new study have just been released by the largest gas network companies in the UK.

Britain’s largest gas network companies have released the results of a study pointing to the importance of hydrogen fuel in London’s strategy to reach net zero carbon by 2030.

The hydrogen fuel partnership formed among Cadent, SGN and National Grid Gas Transmission is called Capital Hydrogen. These companies are safely and reliably supply gas to millions of British customers. The new program is meant to provide an H2 transition for gas networks in the East of England, the South East, and London, across the next 15 to 20 years through a series of different projects. 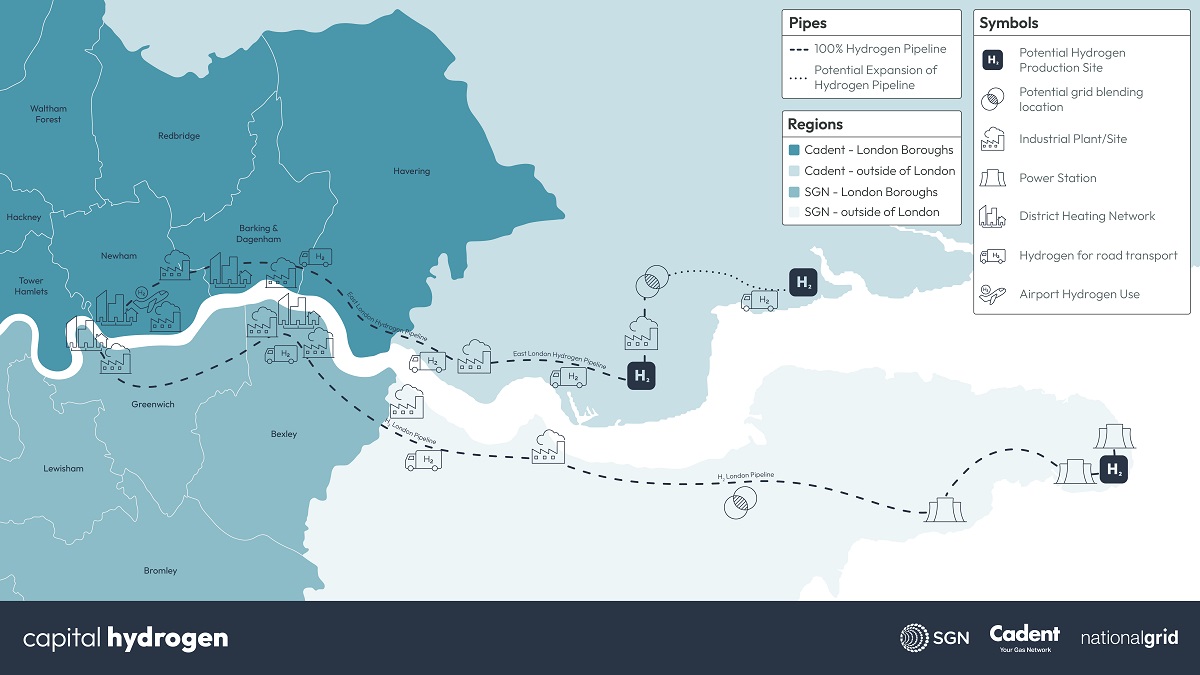 This H2 vision for London and the surrounding area will be outlined at a House of Commons launch at which the potential opportunities and benefits to London and to Britain as a whole will be placed in the spotlight. Among those benefits include the creation of jobs and skills, the reduction of emissions, and the enhancement of future energy independence, as well as providing residents of London – including the most vulnerable – with greater comfort.

The purpose of the research was to better understand the feasibility of transitioning the gas network in London to H2. What the research found was that by 2050, the city of London will require 40TWh of H2 to successfully and reliably decarbonize power generation, heating and transportation.

The report on the findings pointed to a potential 100 to 170 TWh of H2 production at eastern and south eastern England’s coastal locations. It illustrated how existing gas networks can be repurposed for the transportation of H2 where it is required. It also described concepts for the initial supply of H2 by way of two possible routes in order to establish 100 percent hydrogen fuel pipelines in London’s east, as well as the sources of the H2 that will supply those pipelines.