Quantron took the opportunity to unveil a new hydrogen fuel cell truck with a tremendous range at this year’s IAA Transportation show.

In fact, the company used the event as an opportunity to present several long-range H2 vehicles.

Quantron has been working with Ballard Power Systems as a part of a strategic partnership. Through it, the company has been able to develop a hydrogen fuel cell truck that will be able to travel considerable distances before needing to refuel. This is a considerable achievement as it helps to further support the viability of H2 as a fuel for the long-haul trucking industry, particularly compared to the range available from battery electric vehicles, which must also carry heavy batteries to stay powered and that require notably longer recharging times. 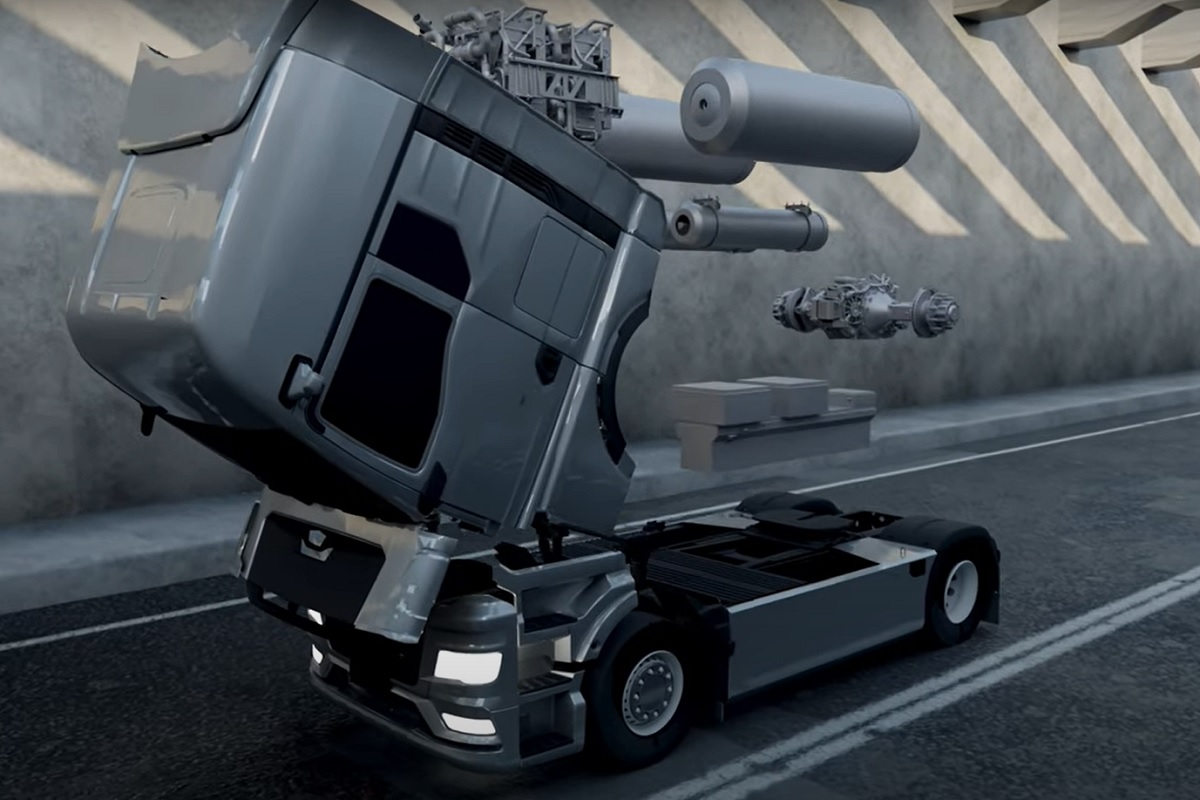 The Quantron QHM FCEV (fuel cell electric vehicle) is equipped with an FCmove-XD 120 kW fuel cell that is among Ballard’s latest developments. It also contains an integrated eGen Power 130D E-axle from Alliston Transmission. Moreover, Quantron also unveiled an optionally available aero package for all its QHM FCEV trucks. According to the company, that package has been created for the improvement of the vehicle’s operating range by an additional 10 percent.

The two hydrogen fuel cell truck models each have H2 tank capacities as large as 116 kilograms.

Those H2 storage tanks will be positioned behind the cab and will be fully integrated into the vehicle chassis. As a result of this design, it will make it possible for the vehicles to travel as far as about 932 miles (1,500 kilometers) on a full H2 tank, according to the company.

Under the new Quantron QHM FCEV 27-1000 designation, the configuration will also be available as a road train version for transports for long-distance heavy loads. The vehicle makers are increasingly pointing to hydrogen fuel truck models as the option of choice for heavy and long-distance zero-emission transportation.