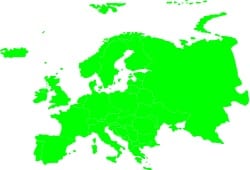 Hydrogen fuel is gaining more momentum in Europe as several countries begin to come together to support cross-border initiatives. Within the coming months, Belgium, the Netherlands, and Germany are expected to come together to support one of the region’s first cross-border hydrogen fuel ventures. WaterstofNet and HyCologne, two hydrogen initiatives based in Europe, are poised to collaborate to promote the use of hydrogen in various markets. The collaboration of these two initiatives will develop new markets for hydrogen fuel that may have major implications for the future of renewable energy in Europe.

Many European countries are showing increasing interest in collaborating to overcome the challenges they face in the realm of renewable energy. Among the most prominent of these challenges is cost and the affordability of clean energy systems for consumers. Some collaborative measures have been aimed at solar and wind energy, but more European counties, such as Germany, are beginning to highlight the potential of hydrogen fuel as a very powerful source of renewable power.

Initiatives come together to promote the use of hydrogen

Both WaterstofNet and HyCologne will work to support large-scale hydrogen projects as well as several smaller projects concerning the use of fuel cells. The use of hydrogen in maritime and long-distance transportation will be among the fields of focus for the collaborative endeavor. Efficient hydrogen fuel storage and distribution among a populace will also receive the attention of both initiatives, especially as hydrogen-powered transportation becomes more prominent throughout Europe.

One of the important tasks facing the collaboration is the establishment of a cross-border hydrogen fuel infrastructure. This infrastructure will not be solely focused on support transportation. Instead, it will act as a distribution network for hydrogen fuel, expanding the access counties and industries have to this fuel. In order to make the network efficient, WaterstofNet and HyCologne will examine efficient means of hydrogen fuel production through the use of renewable energy, as well as the development of better fuel cell technologies.