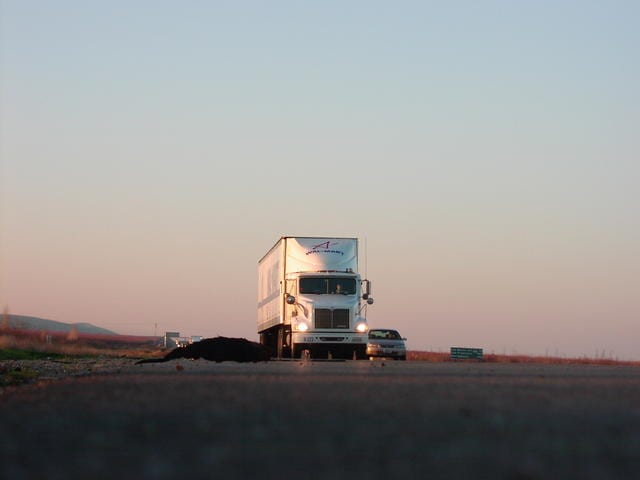 Hydrogen fuel could curb the emissions produced by trucks in Europe

A new report from the International Council on Clean Transportation has found that hydrogen fuel cells could unlock a bright new future for trucking in Europe. Hydrogen fuel has become a staple in the realm of clean transportation, gaining a great deal of support from automakers around the world. The fuel produces no emissions and can be used to power various kinds of vehicles, making it an attractive alternative to fossil-fuels, especially for organizations looking to align themselves with emissions reduction efforts coming from European governments.

According to the report, hydrogen-powered trucks could be considered feasible in Europe by 2030. The report includes research conducted by the Netherlands’ CE Delft and Germany’s Aerospace Center. These organizations surveyed a variety of clean technologies, including fuel cells, and determined that hydrogen fuel may be the best option for clean trucking. The report found that if a serious effort is not made to curb the emissions produced by trucks, these emissions could grow exponentially over the coming years.

Emissions from trucks slated to increase over time

The report suggests that carbon emissions produced by trucks throughout the European Union will increase by 25% by 2050 if these trucks do not begin using sustainable fuels in lieu of fossil-fuels. Hydrogen fuel is, thus far, one of the most prominent of these sustainable fuels when it comes to the matter of transportation. Fuel cells are capable of producing significant amounts of electrical power without producing any emissions on their own. The report suggests that fuel cells could be an effective solution to the emissions problem, but a major challenge in adopting these energy systems has to do with their cost.

Cost proves to be a problematic issue for hydrogen fuel cells

Hydrogen fuel cells are notoriously expensive. While hydrogen fuel has managed to win the adoration of the global auto industry, fuel cells have been significantly more difficult to sell due to their high cost. These costs have slowed the adoption of fuel cells in numerous industries. The report from the International Council on Clean Transportation shows that conventional hydrogen fuel cells for trucks are 140% to 200% more expensive than diesel engines for these vehicles.