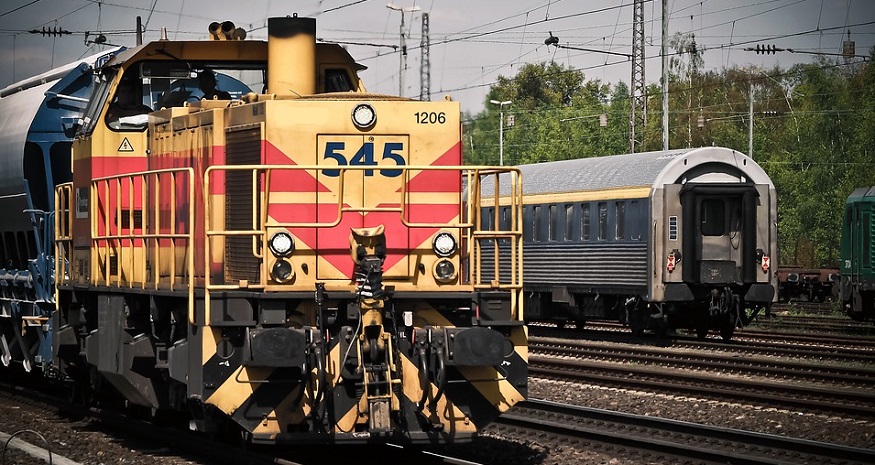 The new $4 million rail vehicle runs on renewable energy and will be joined by a nationwide fleet.

A new hydrogen locomotive in California has been drawing considerable attention to the renewable fuel, and its potential for eliminating diesel-powered rail transport.

The idea is to eventually fill an entire US fleet with locomotives running on H2 instead of fossil fuel.

Railway companies are nearly exclusively reliant on fossil fuels, diesel in particular. However, as the world, the country and companies of all sizes seek to make moves to decarbonize, eyes are on rail transport (among other major forms of transportation) and the greenhouse gas emissions it is chugging into the air. As a result, it has been making moves to break free from its dependence on fossil fuel.

The arrival of the hydrogen locomotive concept in California has underscored the industry’s effort to slash the negative role it plays in climate change. Sierra Northern Railway has now secured a $4 million grant for building a zero-emission H2-powered switcher locomotive. Should the pilot testing of the vehicle proceed as expected, the goal is to transition all 760 switcher and short-haul locomotives in California to H2 and away from diesel. This move could send massive waves across the entire rail transport industry.

A hydrogen locomotive transition for all switchers could have a substantial emissions impact.

Though it may seem as though switchers and short-haul vehicles are not nearly as important as the long-haul locomotives that travel much longer distances, the impact is a substantial one. The reason is that switchers – the vehicles that travel very short distances, mainly within a rail yard, hooking and unhooking railroad cars – are nearly always running. They may not travel great distances on the map, but they travel vast total distances back and forth within the confines of a rail yard. This rapidly adds up, which explains the potential emissions reduction from converting them to H2.

replacing them with a hydrogen locomotive, it will remove that reliance on around 10,000 to 50,000 gallons of diesel fuel – and the carbon emissions generated – they would each otherwise consume.