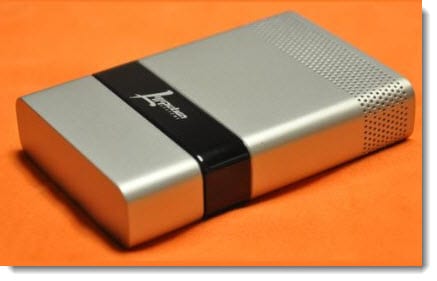 Hydrogen fuel cells are gaining more attention around the world, but most of this attention is due to their uses in transportation. Fuel cells do, however, have uses that extend beyond transportation that receive relatively little attention. Hydrogen fuel cells have been used regularly throughout the industrial sector for some time, but these energy systems are primarily used by large companies that can afford them. As fuel cell technology advances, however, these energy systems are becoming less expensive and more available to consumers for personal use.

Bio Coke Lab, a Japanese environmental technology company, has developed a small, portable hydrogen fuel cell that can be used for personal purposes. The fuel cell system is comprised of technology from Horizon Fuel Cell Technologies and magnesium hydride storage technologies developed by Bio Coke Lab itself. The fuel cell exists today as a prototype to show off the capabilities of such a small system, which weighs only 8.5 kilograms and produces 33 watts of electrical power.

The small hydrogen fuel cell is capable of generating 40 watt-hours of electricity, which Bio Coke Lab suggests is enough to make the fuel cell a reliable energy source for 72 hours. The company aims to commercialize this product by October of this year, but the price tag will be somewhat lofty for the average consumer that has an interest in renewable energy. According to Bio Coke Lab, the initial cost of the hydrogen fuel cell will be $4,500.

Portable hydrogen useful cells are nothing new, but these small energy systems are beginning to see more use in various sectors. Most of today’s portable fuel cells are used for novelty purposes, with the most famous of these fuel cells being used to power a new generation of vehicles. Hydrogen fuel cells remain an attractive renewable energy system, but their cost continues to make them somewhat unappealing to consumers when compared to other energy systems.