The Japanese government plans to ease regulations concerning fuel cell vehicles and the use of hydrogen fuel. According to Japanese Prime Minister Shinzo Abe, the time is right to introduce a “hydrogen era,” one where Japan aims to receive the majority of its power from hydrogen fuel. The Prime Minister was one of the first people in Japan to receive Toyota’s new fuel cell vehicle, called the Mirai. Abe is now pushing for all government ministries to use the vehicle.

Japan is working to establish a hydrogen society

According to Abe, the government intends to institute a hydrogen society and has begin to invest heavily in the establishment of a comprehensive hydrogen fuel infrastructure. The government will be relaxing some regulations, allowing for self-service hydrogen fuel stations to take root in the country. Existing fuel stations will also receive the ability to offer hydrogen to consumers, thanks to the government’s revised safety regulations. This is expected to ease the adoption of fuel cell vehicles in the country. 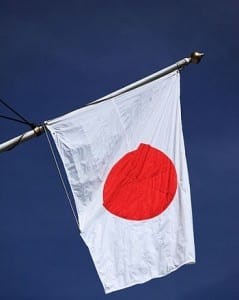 Toyota has tentative plans to increase the production of its fuel cell vehicle in order to accommodate demand. The subsidies from the Japanese government has helped make the Mirai more popular, but without a comprehensive hydrogen fuel infrastructure, the vehicle may not find the traction it needs in the market to be considered a success.