Kenya is saving billions thanks to geothermal energy

Tapping into geothermal resources has resulted in big savings for the country.

According to a report from Standard Digital, 280 megawatts (MW) of installed geothermal energy, which was added to Kenya’s grid by Kenya Electricity Generating Company (KenGen), has saved the African nation Sh9 billion since July.

Renewable energy could solve many of Kenya’s power challenges.

According to Standard Digital, within the past three months, electricity bills have begun to show the 50% reduction in “fuel cost adjustment”. It also reported that in an interview with Weekend Business, Joshua Choge, KenGen’s chairmain, said that energy consumers will see the financial benefits of geothermal next month. A source revealed that tariffs will drop by 30% from December.

Choge said that “This geothermal power displaces diesel, which saves the economy Sh100 million a day. Once we switch on the entire 280MW, Kenya will save Sh42 billion a year.”

Prices of electricity have decreased at a steady pace from July 2014 to November 2014, according to the Energy Regulatory Commission (ERC). This resulted from the reductions in fuel cost from July’s Sh7.22 per KWh (kilowatt hour) to November’s Sh 3.47. The decreases in fuel prices are due to renewable energy contributions, where hydro and geothermal have been supplied to the grid. The ERC has also stated that the unit cost of electricity has plummeted by 24% for local consumers. 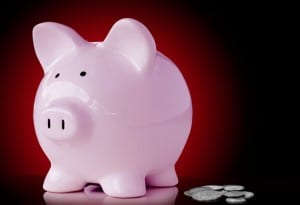 Geothermal energy and other renewable forms of power may help to lower the cost of energy by 40% by 2017.

KenGen believes that using renewable energy will provide a solution for many of the nation’s power problems. The company has added an extra 10 MW of wind and 7 MW from well heads. With these additions, the country’s total installed capacity has been brought up to 2,000 MW, which contributes to the government’s goal of expanding its power generation capacity by 5,000 MW by 2017.

According to Choge, by 2017, KenGen intends to reduce the cost of energy by 40% and this drop in price will create demand and this will attract industry attention.

Choge believes that geothermal energy is “reliable and long term.” With this type of power, there is no need to worry about off season or drought as there is with hydro-power stations. He said, “We are getting the steam from wells that are 3km deep.”