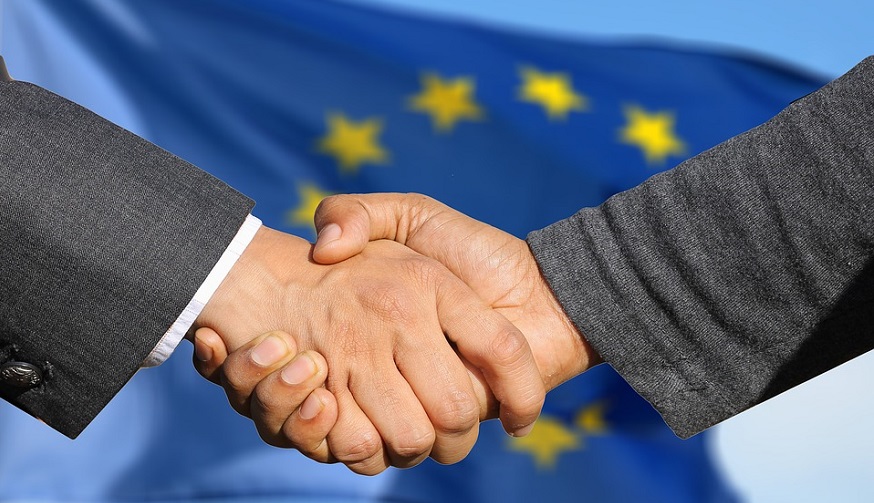 The industrial gasses groups have reached a deal to develop green H2 in the E.U.

Italian gasses group Snam and U.S.-German industrial gasses group Linde have struck a deal for European hydrogen projects development. Snam made the announcement about the clean H2 development projects that will result from this new partnership.

The companies will be working together to further existing technologies and build new tech.

Both companies will contribute in their own ways and with their own resources to the European hydrogen projects. They will collaborate in developing tech within the sector. They will also make investments together into commercial products for the production, distribution, compression, and storage of H2.

This is among the most recent moves of this nature by companies in Europe as well as in Asia and other markets. Companies worldwide have been teaming up to pursue hydrogen fuel technology development, as countries seek to find new fuels and energy sources that can be produced without resulting in carbon emissions. When producing green H2, renewable power is used for the electrolysis.

These European hydrogen projects are key components to the future of green energy.

“Hydrogen is expected to play a significant role in achieving the European Green Deal targets,” said Steve Angel, CEO at Linde, in reference to the initiative put forward by the European Union in pursuit of a circular, sustainable economy.

Linde is the company with the world’s largest liquid hydrogen capacity and distribution system. In November, Linde announced its intention to invest in hydrogen, where there was a natural addition to its existing business.

Australian, Asian and European hydrogen projects have been sending the cost of this fuel downward. This has been building its appeal for governments and corporations around the globe, particularly in sectors in which electrification is not an easy fit.

The majority of Snam’s revenue is generated from Italian gas transport. That company has pledged additional spending on new green business lines and has been signing a spectrum of new H2 deals throughout 2020.

Approximately half the investments outlined in its recent business plan were set aside for an infrastructure that would be “hydrogen-ready”.

Beyond the European hydrogen projects deal, both Linde and Snam are also both ITM Power shareholders. That UK company operates within the green H2 sector.