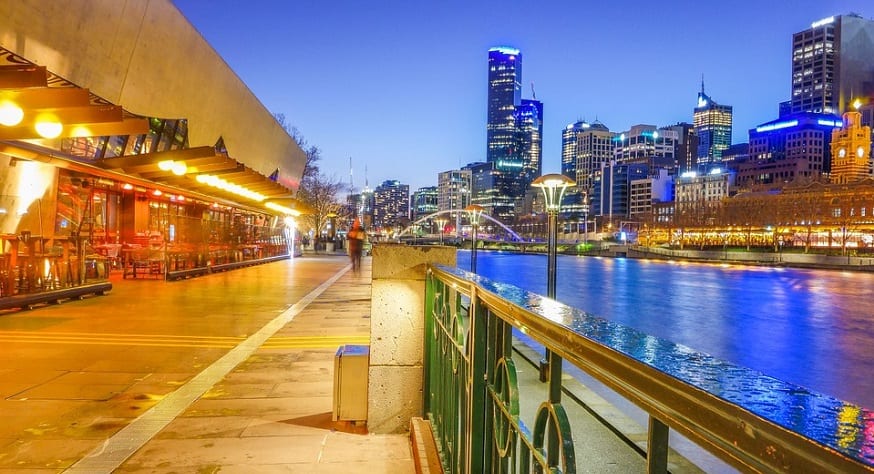 Melbourne switched all its city operations to renewable energy at the start of the year.

Since January 1, the City of Melbourne has been using renewable electricity to power all its council-owned infrastructure operations. The completion of the transition to renewables, makes Melbourne the first city in Australia to achieve this goal.

The renewable power is supplied by a wind energy farm.

The city obtains its renewable electricity from the Crowlands windfarm, located near Ararat in western Victoria. This was made possible through funding via a power purchase agreement with the City of Melbourne and 13 additional Melbourne councils and institutions.

Some of those who are a part of the buying group include: the Australia Post, the National Australia Bank, Bank Australia, Federations Square, Melbourne University, Melbourne Convention and Exhibition Centre, and Zoos Victoria as well as Yarra, Port Philip and Moreland councils.

Together, the buying group agreed to buy 88 gigawatt hours of electricity per year. This is approximately half of the energy that will be generated by the 80 megawatt Crowlands wind energy farm.

As part of the agreement, 40% of the power will be purchased at a fixed price while the remaining 60% will be a market-based price, which is to be negotiated every two years.

Even the city’s street lights are fully powered by renewable electricity.

Beyond the city’s street lights, the switch to renewable energy for all of Melbourne’s council infrastructure operations means that council buildings, libraries, childcare centers, and gyms are fully powered by clean energy.

Part of the funding was also provided by the city’s efficiency measures, which among other measures, include a $16 million upgrade of Melbourne’s 12,000 street lamps to LED lights.

This upgrade is expected to reduce $1 million a year off the council’s energy bills, once the changeover is complete in July.

As for the state of Victoria, of which Melbourne is the capital, it is on track to exceed its renewable electricity targets of generating 25% of its electricity from renewable sources by 2020 and 40% by 2025.