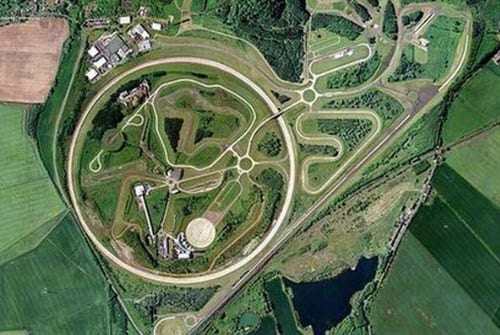 Millbrook Proving Ground, one of Europe’s largest vehicle testing centers, has announced the inclusion of a new hydrogen fuel station that will be operated by Air Products. The new hydrogen fuel station will be used to provide fuel to hydrogen-powered vehicles that will be tested at the Millbrook Proving Ground. The test track is operated by General Motors, one of the world’s largest automotive corporations. GM has shown a great deal of interest in hydrogen fuel and is keen to test the capabilities of new hydrogen-powered vehicles.

The new station makes the Millbrook Proving Ground one of the only vehicle test tracks that is home to its own hydrogen fuel station. The station is equipped with Air Products’ hydrogen storage technologies that allow for the prolonged storage and quick distribution of hydrogen fuel at high pressures. Air Products’ technology makes this the only station in the country that is capable of fueling both buses and cars. The new station will be able to provide hydrogen fuel at both 350 and 700 bar pressures.

Station to be opened by Business Minister Michael Fallon

Equipped with its new hydrogen fuel station, the Millbrook Proving Ground will now be able to serve as host to a variety of tests concerning new vehicles. The station will be officially open for operation by Business Minister Michael Fallon on his first day in office. Minister Fallon notes the UK government is committed to supporting the advancement of clean vehicles. The new fueling station may help the UK become a more attractive market for hydrogen-powered vehicles.

UK continues to be a strong supporter of hydrogen fuel

The United Kingdom has shown a great deal of support for hydrogen fuel over the past years. The country has become one of the strongest advocates for hydrogen transportation in Europe, second only to Germany. The Millbrook Proving Ground is expected to add more momentum to the country’s work to promote clean transportation.