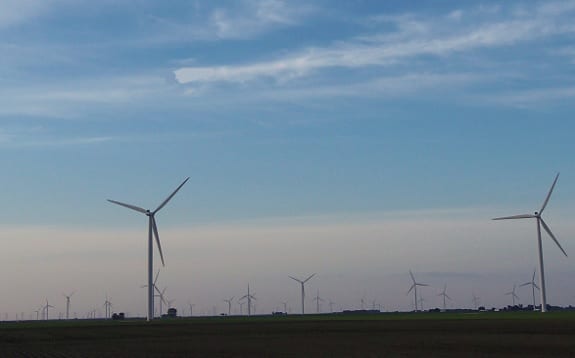 Chinese wind energy company Ming Ying made a bold step in project finance and development last week with the announcement of its plans to build a massive wind farm in the Jiangsu Province. The wind sector in China has seen a great deal of activity recently, with many energy companies announcing their plans to build wind projects throughout the country. China has become a strong supporter of wind energy because of its economic prospects and the fact that clean energy can help solve the country’s air pollution problem.

Ming Yang intends to build one of the largest wind energy projects in the world, boasting of a total capacity of 300 gigawatts. The company has already received approval from government agencies for its project and development on the wind farm should begin within the coming months. The wind farm could help China meet its ambitious renewable energy goals. Beijing has set a goal to generate 35 gigawatts of clean energy by the end of 2015. If the Ming Yang wind farms comes online before then, this goal could be quite easily achieved.

Ming Yang is one of the largest manufacturers of wind turbines and other associated technologies. The company is well positioned to help the Chinese wind sector reach new heights, but government support will be vital in the continued growth of wind energy in China. Currently, the government is supporting the adoption of both solar and wind power, but has a very strong focus on fossil-fuels. The government is unwilling to move away from fossil-fuels quickly due to the fact that much of its industry is reliant on oil and coal.

As Chinese companies begin to focus more heavily on wind energy, the Chinese wind market is likely to become more attractive to energy developers. Foreign developers have shown interest in building new projects in the country, but China has been somewhat reluctant to allow foreign companies to build new energy systems within its borders.