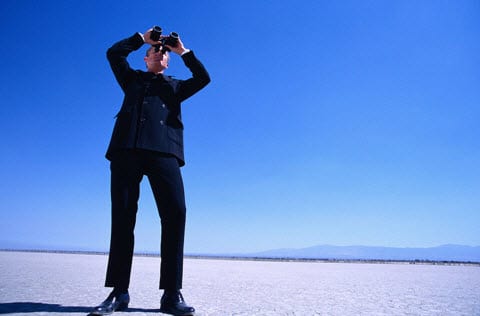 Electric cars have been rising in popularity as people take action to protect the environment, but what about electric motorcycles? Various companies in the motorcycle business are developing new technologies and designs to usher in a new age of motorcycles powered by electricity. Together with the nascent sport of electric-bike racing and innovative enclosed bikes, electric motorcycles are garnering more acclaim with each zero-emission mile.

MotoCzysz, a renown electric-motorcycle company, is looking to create a motorcycle that will set a new speed record, according to SlashGear.com. Should MotoCzysz achieve that goal, the future of the electric motorcycle industry looks promising. The company has teamed up with NVIDIA to take advantage of its Maximus technology.

Japanese motorcycle company, Kawasaki, is also looking into electric motorcycle production. The company is rushing to patent its Kawasaki parts and aspects of electric motorcycles in preparation for when the market takes off, according to VisorDown.com. Kawasaki’s motorcycle layout entails airbox-encased batteries, front air intake and an air vent under the seat for heat expulsion.

Last year, five students of the University of Life Sciences in Norway created the Roskva electric motorcycle. It has the advantages of eco-friendly electricity combined with a riding experience, according to EarthTechling.com. It’s said to charge within 10 minutes and reach 60 mph in under four seconds—factors that may sway traditionalists to consider going electric.

Electric motorcycles shine at various races dedicated to showing how clean emission vehicles blow away the gas-guzzling competition. The TTXGP, the progenitor of electric motorcycle racing, are teaming up with the Fédération Internationale de Motocyclisme (FIM), the governing body of motorcycle racing, to introduce e-bike racing to the masses, according to Wired.com. Along with the eGrandPrix, the coalition plans to further electric-powered motorcycle racing events to life the novel sport’s profile.

Best of Both Worlds

The future of the electric motorcycle may look something like the C-1, a two-wheeled “Tron”-like vehicle developed by Lit Motors. The prototype resembles a motorcycle spliced with the amenities of an enclosed car. The C-1’s controls mirror your standard vehicle with a steering wheel and foot pedals. Under-floor gyroscopes prevent the vehicle from tipping—even upon collision with another car, according to the New York Times. “Most people drive alone,” Daniel Kim, chief executive of Lit Motors stated during an interview. He thought he could get the same efficiency of a bicycle and motorcycle, but all the amenities of a car. The C-1 can achieve 120 miles per hour at top speed and can travel 200 miles when fully charged.

A similar motorcycle/car hybrid recently debuted at the 2013 Geneva Motor Show. The Toyota i-Road, an electric vehicle—sort of like a reverse tricycle—was designed as a flexible and cost-effective urban mode of transport, according to Popular Science. The concept vehicle features “Active Lean” technology, a self-leaning system that automatically achieves balance when turning a corner or traversing rugged surfaces. Less impressive than the C-1, the i-Road can travel 31 miles on one charge and hit a maximum speed of 28 miles per hour.