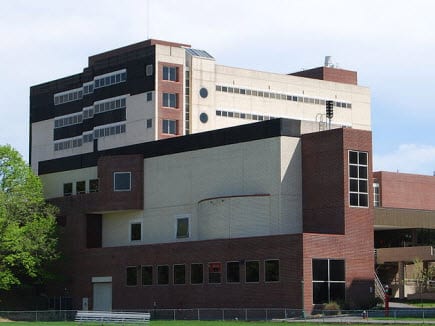 Researchers from the Rensselaer Polytechnic Institute of New York have developed a new nanomaterial that could put an end to the problem of hydrogen storage.

Called “nanoblades,” this material has been shown to store and discharge hydrogen gas quickly and at significantly lower temperatures than other methods of storage. This makes the nanoblades the most efficient form of hydrogen storage currently known. Researchers say that the nanoblades could be used to store hydrogen as a gas, liquid or solid.

Hydrogen is often considered the most promising of the alternative fuels, but its adoption has been plagued by a number of problems that have led many to believe that the fuel is unviable. Storage is among those problems. Normally, hydrogen gas must be stored at extremely high pressures and temperatures that make it almost impossible to use in an expansive commercial setting.

Hydrogen can be stored as a solid at the expense of performance, or a liquid if weight is not an issue.

Researchers crafted the nanoblades from vaporized magnesium. As magnesium was vaporized, a nanostructure was formed, the surface of which was then modified to enable the structure to store hydrogen molecules. This allowed researchers to store massive amounts of hydrogen more efficiently than other methods of storage. The nanoblades can also be reused, meaning they are a viable, sustainable form of storage for the alternative fuel.