Navy adopts device that can produce hydrogen fuel from seawater

The United States Navy has begun using a new machine that could make its armada of ships and other seafaring vessels much more efficient and environmentally friendly. The device is called the Electrolytic Cation Exchange Module, and it is designed to capture carbon dioxide from the sea and produce hydrogen fuel as a byproduct of this process. The device is meant to serve as a way to generate renewable fuel while ships are at sea, giving them a reliable fuel source that will not be quickly depleted.

The device itself has been developed by the U.S. Naval Research Laboratory and researchers have been working on the device for several years. In 2009, researchers were able to modify a fuel cell, giving it the ability to release carbon dioxide from seawater. Using this process, the device was also able to generate hydrogen fuel as it consumed carbon dioxide. The process itself does not require the use of toxic chemicals and does not produce anything but hydrogen, making it environmentally sound.

Researchers continue to study the capabilities of their new machine 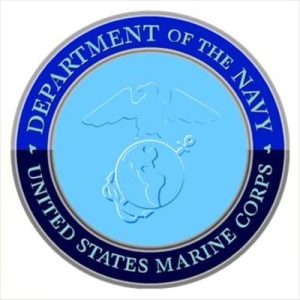 Since the 2009 breakthrough, the device has undergone many studies. Researchers have been working to test the feasibility of the device and determine whether or not it could be used as an effective fuel producer for the Navy. While the device may be ready to be put to use to some degree, researchers are still considering ways to scale up the device to allow it to produce more hydrogen and capture more carbon dioxide from the ocean.

Ocean could be a valuable renewable energy resource

According to the U.S. Navy, carbon dioxide is one of the most abundant carbon resources in the world. The concentration of this gas in the ocean is approximately 140 times greater than the concentration of this gas in the air. The ocean presents a significant opportunity for the military’s endeavors to produce renewable energy while also making itself a more sustainable and environmentally friendly organization.