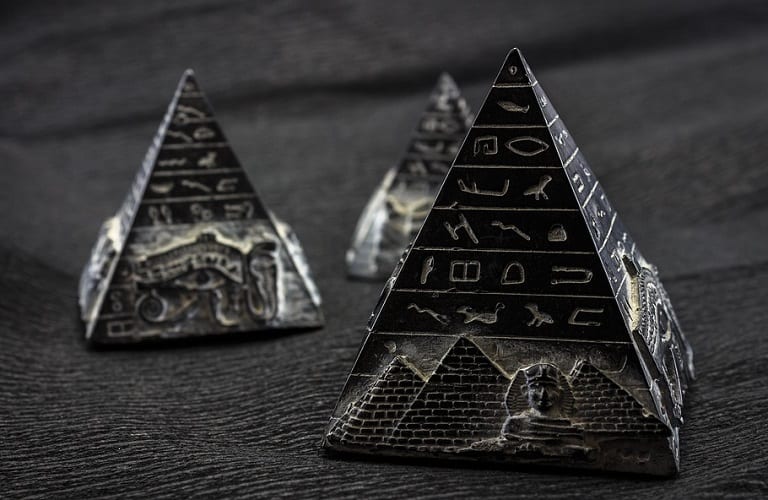 A team of researchers from the Johns Hopkins University are developing a new catalyst that has drawn inspiration from ancient Egypt. The new catalyst could be a useful tool in making hydrogen fuel cells less expensive without also sacrificing their performance or efficiency. Researchers took inspiration from ancient Egyptian artists when developing the new catalyst. In the past, these artists would use a technique called “gilding.” The technique involves covering inexpensive materials, such as copper, in a thin layer of gold, thereby creating a beautiful product without having it be overwhelmingly expensive.

The new catalyst is comprised of cobalt, which researchers have covered in a nanometer thin coat of platinum. While the catalyst still uses platinum, it requires significantly less than its conventional counterparts. This ensures that the catalyst is inexpensive, which would ultimately affect the cost of new vehicles that are equipped with hydrogen fuel cells. Researchers believe that making clean vehicles less expensive may be the key to bringing the transportation space beyond the fossil-fuel era.

Researchers have noted that the platinum-covered cobalt catalyst they have developed operates nearly 10 times better than conventional platinum catalysts. Eventually, this catalyst could serve as a template for future models, which would eventually be used to power the fuel cells that clean vehicles use. The relatively low cost of cobalt would make fuel cell vehicles much more attractive to consumers, financially speaking.

Hydrogen fuel cells are quickly gaining traction throughout the world. While most of the world’s leading automakers plan to launch fuel cell vehicles in the near future, consumers have been relatively unconcerned with these vehicles because of their high cost. Automakers and researchers alike have been working to resolve this issue and the answer may be in the development of less expensive fuel cell catalysts.