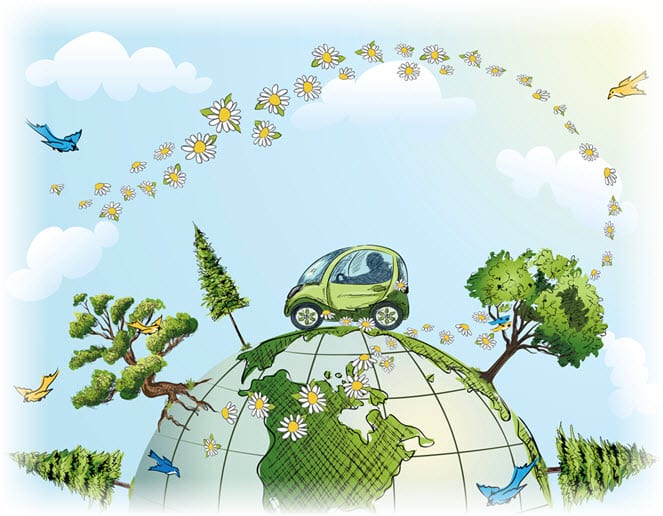 Qatar’s Gulf Organization for Research and Development has developed a new hybrid vehicle that could help open up a new future for clean transportation. The organization has been working on the vehicle for years and has revealed the model during a United Nations climate change summit that is taking place in the city of Doha. The vehicle is billed as a low-emission and low-fuel-consumption hybrid that is capable of cutting down pollution and providing consumers with a viable alternative to traditional vehicles.

The vehicle is equipped with hydrogen fuel cells and thermal capture technology. Water is used to produce the hydrogen gas that the fuel cells use to generate electricity. The hybrid vehicle ‘s fuel cells generate excessive heat while they are operational, which is captured by a thin photovoltaic film that helps power a thermoelectric generator. According to the Gulf Organization for Research and Development, this system is capable of cutting emissions produced by vehicles by 50%. Researchers are currently working on improvements for the system that will also make it more efficient.

System capable of being used with existing vehicles

According to researchers, this system can be affixed to any existing vehicle. The system itself does not alter the existing machinations of conventional vehicles and could be considered as an alternative drive train, very similar to what exists with most hybrid vehicles on the market today. Because the system makes use of hybrid technology, its reliance on outside electrical and fuel sources is minimal. Researchers also note that the system does not require hydrogen fuel storage tanks, as the gas is capable of being produced on-demand.

Though the system is built to be used with hydrogen fuel, researchers note that it can be used with petroleum and natural gas as well. When used with these fuels, the system can successfully reduce the harmful emissions they produce by a significant margin. Most of the auto industry is currently heavily invested in hydrogen fuel cells, so the hybrid vehicle from Qatar may be well suited for the emerging clean transportation market.