Some of the world’s largest automakers have plans to release hydrogen-powered vehicles in the coming years, and some countries are taking steps to ensure that these vehicles have the support they need to be successful. Sweden is one of the countries. For several years now, Sweden has been interested in embracing hydrogen fuel as a viable energy source. Several government initiatives have been launched to support the adoption of hydrogen and help establish an infrastructure for fuel cell vehicles.

A new hydrogen fuel station is being built in the city of Gothenburg and will help establish a larger fuel infrastructure in the region. The station will augment an existing hydrogen network that is based in Norway. The hydrogen station is expected to be open to the public in January 2015 and the project itself is being managed by Hydrogen Sweden, Region Vastra Gotaland, and the European Union. The station is part of a larger initiative to promote the use of fuel cell in transportation and encourage consumers to adopt fuel cell vehicles. 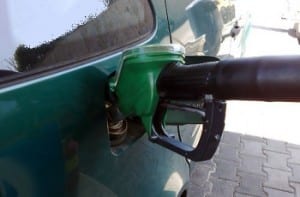 Lacking infrastructure can create a turbulent market for fuel cell vehicles. While these vehicles run on electricity, they must consume hydrogen to generate the power that they need. Most of the world lacks the infrastructure needed for fuel cell vehicles to be attractive to consumers, but efforts are being made to establish a working hydrogen network throughout Europe. Several European countries have begun working together to build hydrogen stations, creating a more favorable environment for clean vehicles of the future.

Many automakers have plans to develop fuel cell vehicles and commercialize them in the coming years. Smaller companies have also begun considering developing their own fuel cell vehicles due to growing interest in clean transportation. If there is not enough infrastructure support, however, these vehicles will likely fail and fade into obscurity.