A new hydrogen fuel station has been opened to the public in California. The new fuel station is located at California State University, Los Angeles, where it is being called the first public hydrogen station that can supply drivers with hydrogen by the kilogram. California is currently home to the majority of fuel cell vehicles that are operational in the country, but the state still lacks a comprehensive hydrogen fuel infrastructure that can support these vehicles.

There are approximately 300 fuel cell vehicles that are currently active on California’s roads. Because of the small number of these vehicles that are currently operational, the state has had relatively little need for a large-scale hydrogen fuel infrastructure. In recent years, however, the auto industry has become very focused on the development of fuel cell vehicles. These vehicles will become significantly more common in just a few short years and California is working to retain its position as one of the auto industry’s favored markets by establishing a new fuel infrastructure that will support clean vehicles. 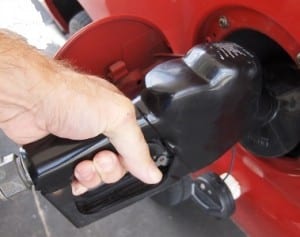 The vast majority of fuel cell vehicles are only available for lease. Per a standard leasing agreement, a certain portion of fuel costs are covered by the automaker that is responsible for the lease. This is how it will work at the new fueling station at California State University, Los Angeles. The station will collect money from the company that developed the fuel cell vehicle being serviced, rather than from the driver.