Hydrogen station opens to the public in Diamond Bar

The Hydrogen Highway is the name of California’s emerging hydrogen fuel infrastructure. The state has been investing in the development of this infrastructure in order to support fuel cell vehicles. New hydrogen stations are being built along the state’s highways, located at strategic spots in order to increase access to hydrogen fuel. Many automakers have plans to release fuel cell vehicles in the coming years, and they will need the support of a comprehensive infrastructure in order for their vehicles to find success. 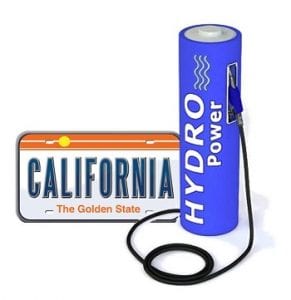 California has plans to develop more hydrogen fuel stations in the coming months. New stations are expected to be opened in various parts of the state, where fuel cell vehicles are likely to become popular among consumers. If enough of these fuel stations are built, consumers may be more willing to purchase fuel cell vehicles. Currently, the demand for these vehicles is relatively low, largely due to the lack of a hydrogen fuel infrastructure that can support them.

Automakers have been relatively slow in releasing their fuel cell vehicles. Thus far, only Toyota, Hyundai, and Honda have released such vehicles to the commercial market, though in limited availability. Other automakers have said that they are developing fuel cell vehicles, but retain a stronger focus on conventional electric vehicles that are powered by batteries. These vehicles tend to have more infrastructure support than those powered by fuel cells.