Waste management company will be able to process more kinds of reusable material.

Republic Services, a waste management company in Southern Nevada, operates a recycling facility that is no longer large enough to accommodate all of the curbside recyclables left by residents in the area with large recycle bins and, as a result, the excess recyclables have been dumped at the company’s Apex landfill, but a new facility is about to change all of that.

A second and larger plant will boost the company’s capacity and enable it to handle two times the amount of recyclables.

The new $34 million recycling facility is set to open in a year and will be located at Cheyenne Avenue and Commerce Street in North Las Vegas. It will operate together with the company’s current plant. According to Republic Services, the combined operation will make the Southern Nevada Recycling Complex America’s biggest residential recycling operation.

A significant amount of the material that will be used to build the facility is recycled material, such as most of the dry wall and half of the steel. Furthermore, aside from managing a large volume of recyclables, the facility will accept plastics, which the waste management company currently does not recycle. These plastics include items like clear and black plastic containers often used for take-out food, yogurt containers, and juice and milk cartons, the majority of which ends up in landfills.

In addition to the recycling plant, Republic will also be converting its diesel garbage truck fleet to compressed natural gas. 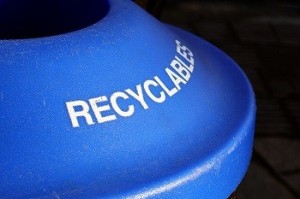 Ted Oudman, Republic’s area president has also announced that another of the company’s green goals is to switch its fleet for garbage trucks from diesel to compressed natural gas. According to Oudman, this move will help to lower pollution and will be equal to removing 70 passenger vehicles off the road.

The new plant will enable the waste management company to collect level 1 though level 7 recyclable plastics and the recycling technology used in the facility will sort the reusable material into 11 basic materials. Also, approximately half of the materials recycled will be fiber-based, such as junk mail, newsprint and cardboard. That being said, other items that are wrongly thrown into recycling bins like garden hoses, Styrofoam, PVC pipes and electronics will, unfortunately, still be sent to landfills.