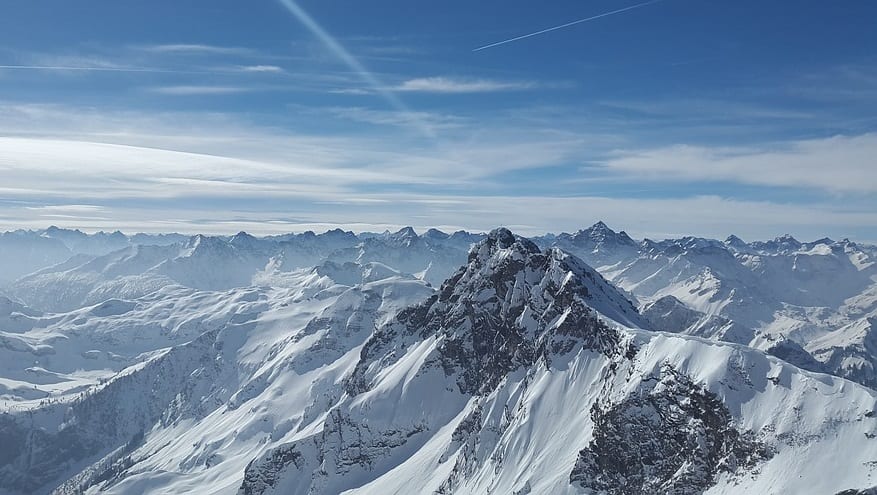 A new solar energy study recently published in the journal “Proceedings of the National Academy of Sciences,” by researchers from Switzerland, found that installing solar panels on snowy mountaintops could help close the gap between energy demand and production during winter months.

Mountaintop solar panels could produce the same amount of energy as urban installations, but with less surface coverage.

Unlike typical urban installations on rooftops and in fields, the researchers believe that installing solar panels on the snow-covered mountaintops will not only generate just as much energy as these regular urban installations, but will require less surface area to do it.

Theoretically, solar panels installed at higher elevation can capture a greater amount of the sun’s energy due to less solar radiation being absorbed by the thinner atmosphere at high altitudes. Moreover, mountaintops in the Swiss Alps typically peek through the wintertime cloud cover and these snow-covered peaks can reflect some of the solar power hitting the ground back up at mountaintop panels. Plus, a solar panel produces more electricity when it is in a cold environment.

The purpose of the solar energy study was to analyze the potential of solar panels installed at these high elevations.

The solar energy study was fueled by Switzerland’s decision to phase out nuclear power.

Switzerland is planning to phase out nuclear power, and this was one of the driving forces behind the study, according to study lead author Annelen Kahl, a postdoctoral researcher at École Polytechnique Fédérale de Lausanne (EPFL) in Switzerland.

Kahl used data collected every hour by satellite instruments on the amount of solar radiation hitting Switzerland as well as the reflective potential of its snow-covered regions, over a period of six years. The analysis revealed that by strategically placing solar panels in high-elevation, snow-covered regions could reduce the wintertime energy deficit in half.

Kahl does say that the study does not address all the possible obstacles of installing solar arrays in the mountains (e.g. logistics, economics, social acceptance, etc.). However, she still thinks there is real potential for such a project.

“In the Alps, for instance, there is already a lot of existing infrastructure that could be used to install photovoltaic panels on top of them,” Kahl says, reported Pacific Standard. “We have a lot of hydropower plants that already have road access, they have grid access, so the electricity could immediately be fed into the electricity network. It’s important for people, investors, politicians to know that this possibility is out there.”

generate 35% of the country’s energy, while wind and solar currently provide less than 5% of the nation’s power. The EPFL researchers behind the solar energy study are looking for innovative ways to increase the use of renewables in the country.