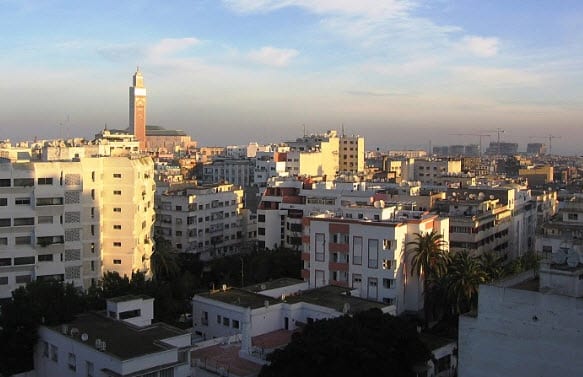 A massive new solar energy system has begun construction in Morocco this week. The country has been receiving a great deal of attention from renewable energy companies around the world due to the abundant sunshine it receives year-round. Morocco has become a very promising market for solar energy and this fact has not gone unnoticed by the government. King Mohammed VI officially celebrated the beginning of construction on this new solar energy system with a groundbreaking ceremony to show his support for the endeavor.

Construction on the country’s concentrated solar power plan is taking place in Quarzazate. Concentrated solar power is a form of solar energy that involves the magnification of sunlight in order to produce significantly more electrical power from this light. These systems also produce significant amounts of heat, which can be used for various other purposes, such as heating water to produce steam. The project is being managed by a consortium of companies interested in renewable energy, lead by ACWA Power.

The new solar energy system is expected to produce more than 160 megawatts of electrical power once construction is finished and the system is fully operational. The project itself represents Morocco’s first official step toward embracing renewable energy. The country has plans to receive at least 50% of its electrical power from renewable sources by 2020. Solar energy is expected to play a large role in this plan.

Like other countries in the world, Morocco has long relied on fossil-fuels, such as oil. The country has begun to consider the environmental impact of these forms of energy as a major concern, but has been showing interest in renewable energy primarily for its economic prospects. Morocco’s favor for solar energy is strongly backed by Germany, which has been investing in several markets in Northern Africa in order to expand the growth of renewable energy.