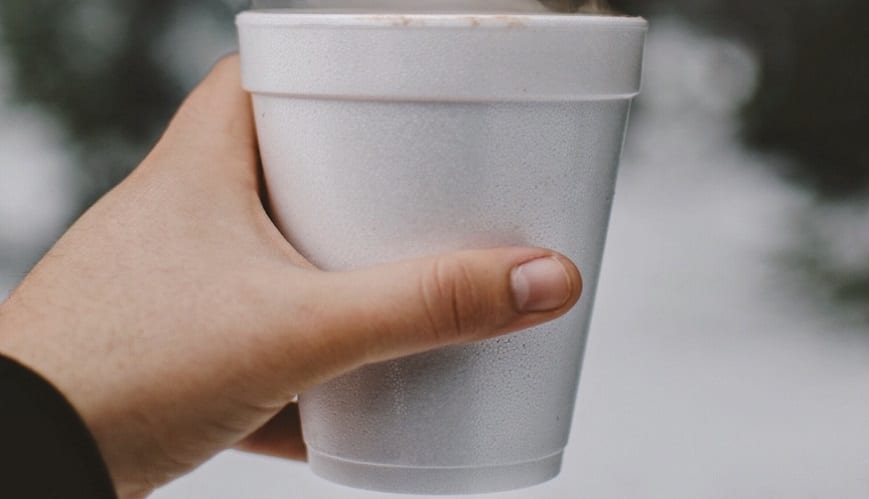 Canadian researchers want to transform styrofoam into a product people will want to recycle.

Styrofoam recycling isn’t anything new. However, according to Virginie Bussières and her colleagues at Montreal-based startup, Pyrowave, more used styrofoam products end up polluting waterways or wind up in landfills than they are recycled in Canada. Once in landfills, it can take centuries for the material to break down.

Less than 4% of styrofoam is recycled in the United States.

The proper name for the material commonly called styrofoam is expanded polystyrene foam (EPS). Styrofoam is actually a trademarked brand of EPS that is used to make blue insulation boards.

The Canadian Chamber of Commerce recently reported that in 2012, 80% (more than 6,500 tons) of EPS waste in Canada ended up in landfills or waterways. The reason being, according to the Canadian Plastics Industry Association, is that the majority of communities do not have a styrofoam recycling program.

The percentage is even worse in the US where less than 4% of the material was recycled in 2012, according to the findings of the Environmental Protection Agency.

The primary problem associated with recycling EPS boils down to cost. It’s simply not cost-effective to collect a material that is bulky, light and easily breaks apart, which can lead to it contaminating other recyclables.

Moreover, not many people want to buy it once it has been collected, which means city governments have to pay companies to take it.

Two other major issues that styrofoam recycling faces is that its often a struggle for the material to cope with contamination from food residues that are typically found on styrofoam containers. Additionally, traditional recycling methods for styrofoam have the same problem as most of today’s plastic recycling, it’s a dead-end, not a closed loop cycle.

In other words, EPS, like most plastics, can be recycled only once. It is turned into hard plastics for items like picnic benches, picture frames and crown molding.

However, Pyrowave’s technology seeks to change that.

The company has developed a system that uses a “chemical recycling” process to transform waste polystyrene into brand new styrofoam.

Essentially, the way the process works is it heats up and breaks down polystyrene molecules (long chains) into their individua links, which are known as styrene. Once broken down, these links can be chemically processed back into polystyrene, with all the contamination eliminated during the recycling process.

What this means is that the process can handle dirtier styrofoam than what traditional recycling can handle, creating new styrofoam with 100% recycled content that is identical to styrofoam made directly from petroleum. Currently, the product can be recycled over and over again with only about 10% lost each time.

“We can reduce our dependency on oil,” Bussières said, reports CBC News. “That’s the vision behind the technology.”

Pyrowave estimates that its styrofoam recycling process can generate polystyrene with a tenth of the energy and half the greenhouse gas emissions of EPS that is made directly from petroleum. The company also says that it can sell its recycled styrene at a price that is competitive with pure styrene created from crude oil.