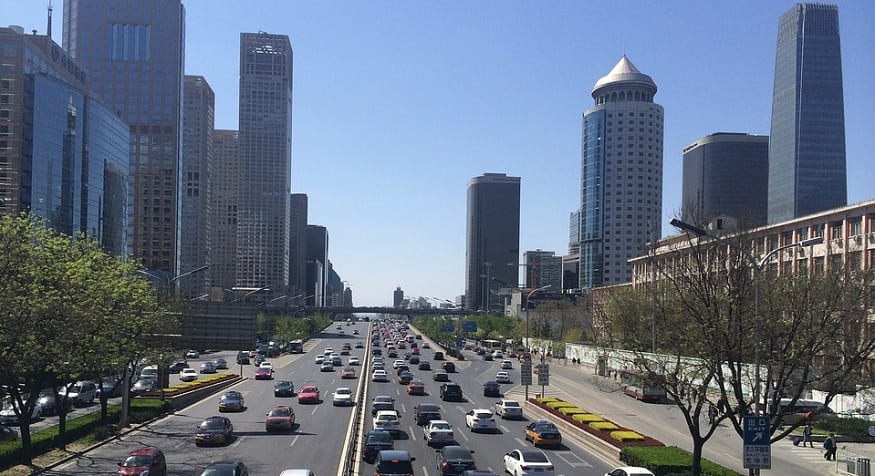 China has plans to add 100,000 cars powered by hydrogen to its nation’s roads.

China seeks to be the leader in carbon-free vehicles and expects to have 100,000 hydrogen fuel cars on its roads in five to six years. With already more electric vehicles (EVs) on its roads than anywhere else in the world, China is now shifting its focus to hydrogen fuel cells.

Starting from this year (2019), Beijing’s goal is to put 30,000 clean-powered vehicles in 30 cities every year. Most of these vehicles will be hydrogen-powered vehicles, especially in the public transportation sector.

The Chinese government has invested over $12 billion in fuel cell technologies. The nation’s growing interest in fuel cell technology has led to research and production subsidies, which are motivating domestic automakers like Yutong Bus, Great Wall Motor and Foton Motor to step into the promising hydrogen automotive market.

A hydrogen fuel car plant is also being built to increase the output of these alternative fuel vehicles.

In Guangdong province, a 12 billion yuan ($1.77 billion) hydrogen automobile plant is being built. The plant is being backed by Li Ka-shing, a well-known Hong Kong business magnate. Production is slated to begin by the end of this year. An annual output of 160,000 units is expected within five years.

In terms of hydrogen infrastructure, at present, there are only 12 operational hydrogen stations in China. However, according to China Security Times, Chinese policymakers may offer incentives to speedup the construction of fueling stations for hydrogen vehicles, Asia Times reports.

That being said, in order to put thousands of hydrogen-powered vehicles on its road, China needs to overcome one of the major issues that the hydrogen automotive industry faces: the high costs of producing and storing hydrogen.

However, China’s University of Science and Technology says it has invented a new catalyst that is able to prevent highly flammable hydrogen fuel cells from overheating. The scientist say that they have develop a catalyst that would prevent cells from being affected by carbon monoxide while allowing for high-purity hydrogen to be manufactured.

It will be interesting to see – as well as a huge boost for the hydrogen fuel car industry – if China manages to succeed with its clean transportation goal as it managed to do with electric vehicles.