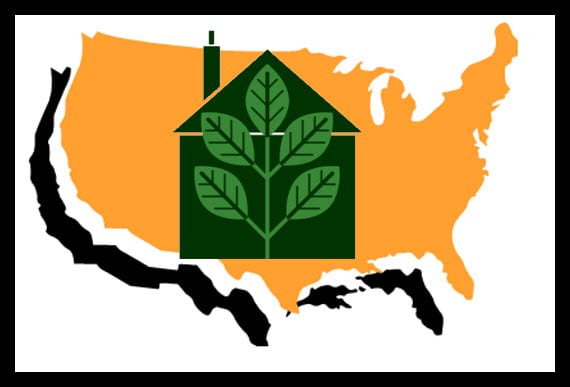 NOAA research shows the U.S. could get 70% of its energy from renewable sources by 2030

As the United States continues its tentative but all encompassing pursuit of alternative energy, the National Oceanic and Atmospheric Administration (NOAA) is painting a bright future for the country in terms of sustainability.

According to the agency, the U.S. could receive the majority of its electricity from renewable sources by 2030. The assessment is based on three years of research, throughout which NOAA scientists collected more than 16 billion pieces of weather data. Using the data, the agency constructed a system that determines the energy contribution of alternative energy projects.

The agency’s research shows that the U.S. could derive 70% of its energy from renewable sources, such as hydrogen, solar and wind, by 2030. The remaining 30% would come from fossil-fuels, nuclear and hydro-electric systems.

NOAA claims that the U.S. could attain 100% energy sustainability in the same time period, but only through extraordinary effort and strict focus on a select few alternative energy sources.

The country’s slow but steady progress could pay off in the long term as it breaks ties with foreign supplies of fossil-fuel. Becoming self-reliant in terms of energy, the government would find a great deal of its financial resources open to more flexibility, allowing the economy to grow significantly. Clean energy projects also create thousands of jobs, which will help the U.S. recover from the losses it experienced in the economic recession of 2008.

Sahara Forest Project to take root in Qatar this year