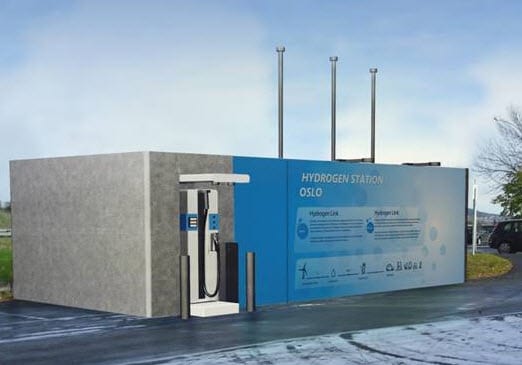 The capital is home to the country’s densest collection of hydrogen-powered vehicles and is looking to prepare the roads for new vehicles coming in 2013. To mark the occasion, Korean automaker Hyundai brought two fuel cell vehicles to the region. The third fueling station will help establish hydrogen infrastructure currently being built throughout Europe, which is often referred to as the Hydrogen Highway.

While Norway’s hydrogen fleet is entirely comprised of 17 vehicles, more cars are expected to hit the streets as most major car manufacturers plan to release their hydrogen-powered vehicles in 2013. Hyundai, in particular, has long enjoyed favor in the Nordic market. Norway was one of the first nations to see the company’s new hydrogen-powered SUV and expects that consumers will respond well to the new vehicle.

The new station is made possible by the H2moves Scandinavia project, which seeks to promote hydrogen use throughout the region.

The project draws support from both Danish and Norwegian national funds and currently has more than $40 million to use for new hydrogen projects. The project has ties in Germany and the rest of Europe where hydrogen is being targeted as a priority fuel.

Hyundai plans to launch their hydrogen-powered SUV in Norway at some point in 2015. While this may be behind other automakers, the company believes the hydrogen infrastructure will be more capable by that time.