U.S. President Barack Obama and the EPA (Environmental Protection Agency) announced a new Clean Power Plan on Monday, which calls for steeper carbon pollution cuts from American power plants, than has been previously expected, to help combat climate change. The plan will also grant states more time and expand their options to meet the new requirements.

The new plan will reduce greenhouse gas emissions from U.S. power plants by almost a third within 15 years.

Last year, the Obama administration’s carbon pollution reduction target was a nationwide 30 percent cut by 2030, compared to the levels in 2005. The objective of the revised Clean Power Plan is to lower greenhouse gas emission from the power sector by 32 percent by 2030, compared to 2005 levels. 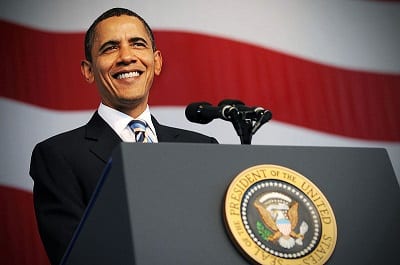 Renewable energy will be important for fighting climate change.

Obama’s new Clean Power Plan requires a greater dependency on renewable power sources, such as solar energy and wind energy, replacing coal-fired power plants. While his earlier proposal called for the United States to obtain 22 percent of its power from renewables, the revised plan has boosted this requirement to 28 percent.

To encourage states to enhance their renewable energy production, the Obama administration intends to provide pollution credits to those states that increase the amount of power they generate from renewable sources in 2020 and 2021 ahead of the compliance deadline in 2022. The states that make an early investment in solar and wind can store the credits they receive to offset pollution produced after the start of the compliance period.

Obama said that in regard to how the new plan will positively impact the environment, it will be the equivalent to removing 166 million cars from the road.

President Obama feels that taking a stand against climate change is a “moral obligation.” While many environmentalists agree, his new plan will no doubt be challenged in the Republican Congress and in the courts.