A new study from the North Carolina State University has found that offshore wind energy systems could have economic benefits for those living in the state. These wind farms could also affect the tourism industry, as the study found that nearly half of those vacationing in the state claimed that they would not rent the same beach house if they could see wind turbines from these properties. Even if these vacationers were offered a 25% discount on rental properties, they would not stay in homes that have a view of offshore wind systems.

Offshore wind systems are considered unsightly to some renters

Offshore wind farms great potential in terms of energy generation, which could reduce the cost of electrical power for those living in the state. This would be one of the economic benefits of these energy systems, with another being their ability to create new jobs. For many, however, wind turbines are considered unsightly, which may have a detrimental impact on North Carolina’s tourism industry. Such an impact may affect the state’s revenue, as fewer people would visit coastal regions and less money would be spent by tourists. 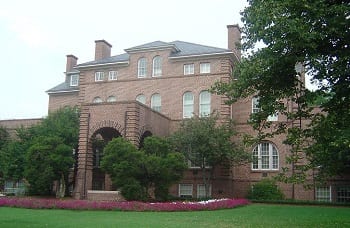 Notably, the study found that those most opposed to the appearance of wind turbines are also the strongest supporters of wind energy. Approximately 50% of those surveyed for the study said that they would not return to a rental property if they could see a utility-scale wind system anywhere from the property. These people also claimed that wind energy was one of their favored forms of clean power, showing support for the development of wind farms of all sizes, including those located off the coast.

Offshore wind systems often receive criticism because of their appearance

Wind power systems are often the target of criticism because of the large wind turbines that they are comprised of. Offshore wind systems general receive the most criticism for their appearance and this has been one of the factors that has slowed the development of offshore wind farms. Another issue slowing the development of these wind farms is their expensive nature.