Sandia National Laboratories has entered into a cooperative research and development partnership with Red and White Fleet. Through this partnership, the two organizations will work on an environmental sustainability project that involves the development of a new ferry that is powered by hydrogen fuel. The project itself is being supported by the Maritime Administration, which recently announced funding for various projects concerning the feasibility of fuel cells in the maritime industry.

The new ferry being developed through the partnership has been named the San Francisco Bay Renewable Energy Electric Vessel with Zero Emissions (SF-BREEZE). Both Sandia and Red and White Fleet will design and build a high-speed ferry that is powered by a hydrogen fuel cell. The ferry will be used to transport passengers in the bay area. The project is meant to determine whether or not such a ferry would be a good fit for the maritime industry and whether San Francisco should focus more heavily on these types of vehicles in the future.

Hydrogen fuel is becoming more important for the maritime industry 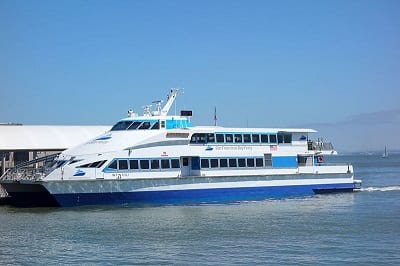 Hydrogen fuel cells are gaining momentum in the maritime industry because of their ability to generate large amounts of electrical power without also producing harmful emissions. The maritime industry is working to become more environmentally friendly and has been focusing more heavily on renewable energy in recent years. Fuel cells are costly, however, and feasibility tests are needed to determine whether or not these energy systems would be a benefit for the industry.

New fuel station will be built to support hydrogen-powered ferry

Sandia National Laboratories believes that the use of fuel cells in San Francisco will improve air quality in the bay area over time. They will also help California reduce the emissions it is responsible for over the coming years, helping the state achieve its emissions reduction goals. The new ferry will need access to hydrogen fuel in order to accomplish its goals, however, which is why the state intends to develop a new hydrogen station that will support the ferry, as well as other vehicles equipped with fuel cells.