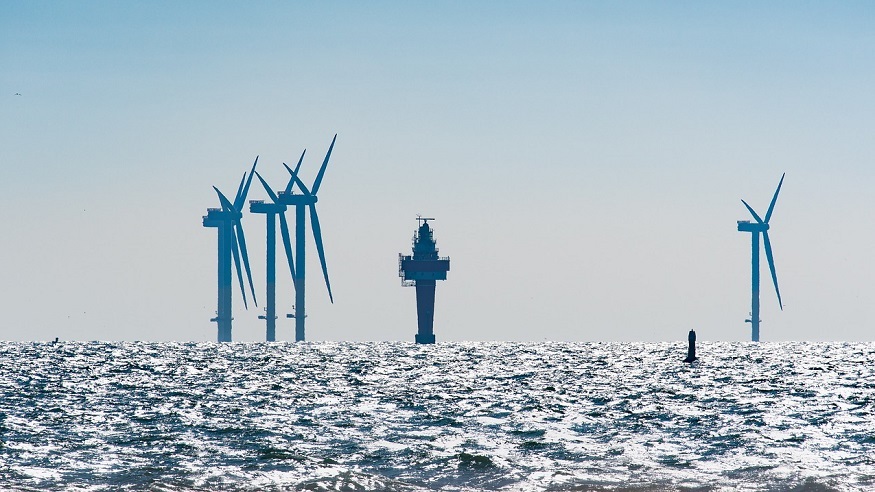 The goal of the tech is to help reduce the cost associated with producing the renewable energy.

Orsted and ITM Power have unveiled a hydrogen turbine tower concept. It is for an electrolyser installed in an offshore wind turbine tower.

By working the electrolyser right into the wind energy generator, the cost of producing H2 could fall.

The collaboration between the two companies on the BEIS-funded “Hydrogen supply competition” feasibility study for the Gigastack led them to propose that “an electrolyser placed in an offshore wind turbine tower, or very near it, which provides a direct electrical connection to the direct current (DC) link in turbine, with appropriate power flow control and water supplied to it.”

The firms state that approaching the process in this way could bring about a “better design concept” for large-scale H2 production. It provides an alternative to installing electrolysers remotely on a platform or terminal, away from the wind energy production source. By combining the two components into one, the companies predict substantially reduced costs and decreased energy losses.

The hydrogen turbine tower brings the electrolyser as close as possible to the energy generation.

When the electrolyser is installed as close as possible – or within – the wind turbine, the hydrogen gas can be brought to the shore by way of an underground or underwater network of pipes.

“This presents an opportunity to reduce overall costs, as hydrogen pipes cost less per km than power cables. The efficiency of such a system shows potential to define new standards by removing the need for alternate current (AC) rectification,” said a statement from Orsted.

A representative of that firm said that choice was made to publish the concept in order to open it up for the benefit of the entire industry and to “drive innovation forward,” as well as to help place the spotlight on areas where future development is possible.

It said that demonstrating the hydrogen turbine tower concept would need more research and development on top of economic evaluation. Among the areas identified by the company for development potential include the design of an offshore operation-compatible electrolyser module specification, designing a prototype, construction, deployment, onshore

testing, offshore deployment planning, as well as the demonstration and assessment of expenditure cost of operation.