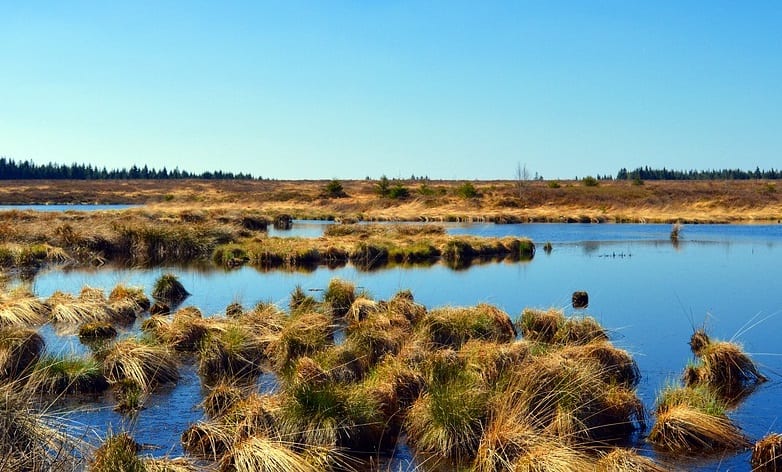 Peat GHG emissions are among the worst in Ireland. While coal is also a heavy greenhouse gas (GHG) contributor, peat reportedly produces higher carbon (CO2) emissions per unit compared to coal, even though coal has a higher calorific value. In other words, coal generates more energy per ton when it’s burned compared to peat, but a smaller amount of peat emits more CO2 than a larger amount of coal.

Bord na Móna, a semi-state company in Ireland, developed the peatlands of Ireland. The company initially created the peatlands back in the late 1940’s for the purpose of providing economic benefit to the Irish midlands and to achieve supply of energy security.

The company was a proponent of the peat-power business until just last week when it announced it would be decarbonizing and intends to pull out of peat by 2030 and close bogs by 2025, the Irish Times reported.

Bord na Móna’s commitment to decarbonize and move away from producing Peat GHG emissions, is the company acknowledging climate change and taking the steps to build a more sustainable business and Midlands economy.

Peat GHG emissions accounted for 3.4 million tons of emissions in Ireland in 2016.

Peat is a deposit of dead plant material. It results when plant material is added to an oxygen-poor environment, such as a bog or another environment that is heavily saturated with water. When the plant material decomposes it releases large amounts of GHG emissions, most notably methane, into the atmosphere. In essence, the burning, draining, and degrading peat bogs are responsible for producing significant amounts of greenhouse gas emissions.

That being said, bogs and restored wetland also have the potential to fulfill a significant role in capturing and storing carbon.

Nevertheless, in 2016, Peat was reportedly responsible for 3.4 million tons of emissions in Ireland. Approximately 75% of these emissions came from electricity and 25% came from residential heating. The belief is that phasing out the residential heat will make a notable difference to the country’s Peat GHG emissions.

Eco-friendly Halloween treats are getting more easy and popular