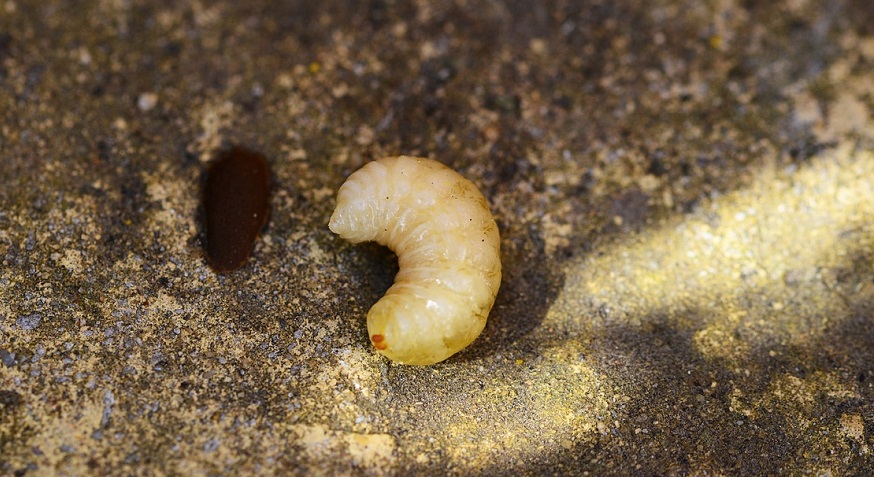 These tiny creatures may be able to help overcome the world’s overwhelming waste levels.

A tiny plastic eating waxworm was first found to have its unique diet back in 2017 and now looks promising for overcoming waste problems.

This tiny wiggler has the potential to cut into one of the world’s biggest waste problems.

The unique plastic eating waxworm is able to consume many different types of plastics, including polyethylene, which is commonly used and non-biodegradable. Polyethylene is one of the most common materials currently filling up both landfills and causing massive sea pollution.

Since the first discovery, scientists have now come to build a better understanding of how this tiny creature is able to accomplish this. What they have found is that it is all due to the waxworm’s microbiome, that is, its gut bacteria. The researchers’ findings were published in the Proceedings of the Royal Society B journal earlier this week. These could help to provide guidance as scientists move forward in discovering effective biodegradation systems for overcoming the world’s tremendous plastic waste problem.

“We found that waxworm caterpillars are endowed with gut microbes that are essential in the plastic biodegradation process,” said Canada’s Brandon University associate professor and chair of biology Christophe LeMoine. “This process seems reliant on a synergy between the caterpillars and their gut bacteria to accelerate polyethylene degradation.”

The plastic eating waxworm is only the latest discovery regarding the power of animal microbiomes.

Scientists believe that many animals have microbiomes that play a vital role in their digestive processes. The human microbiome is only barely understood except for the fact that it is critical to our health.

While the larvae of the greater wax moth may have this unique characteristic, it isn’t yet considered an immediate solution to the plastic waste problem. In the wild, these creatures are known as bee colony parasites as they consume honeycomb wax. An amateur beekeeper in Spain, Federica Bertocchini, accidentally discovered that they are also able to chomp their way through plastics when he cleaned some out of his own hives and placed them in a plastic bag. The larvae ate right through the bag surprisingly quickly.

Bertocchini also happens to be an Institute of Biomedicine and Biotechnology of Cantabria scientist. She assembled a study to examine precisely how fast the plastic eating waxworms could munch their way through this non-biodegradable material. They found that they offered

the fastest known method for breaking down polyethylene plastic bags. More work is needed before this could become a practical solution.