Politics may end up derailing plans to build India’s largest solar energy system. A solar project is meant to take root in Rajasthan State, but the state government has issued a formal request t the national government to abandon plans for the project. State officials suggest that the project will have a detrimental impact on thousands of migratory birds that flock to the project’s location. The environmental impact on the new energy system may not be worth the electrical power it would produce.

The solar energy project will have a maximum capacity of 4,000 megawatts, making it the largest of its kind in the country. The project is part of India’s overarching endeavor to distance itself from coal and oil. The country is working to become more environmentally friendly and sustainable through a focus on clean energy. The Indian government also expects to see significant economic growth through the adoption of renewable energy, but politics could stymie this adoption. 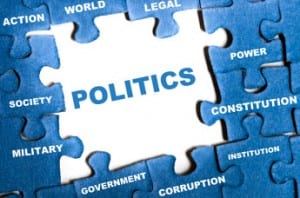 The Indian government  has plans to invest $83 million this year in four large-scale solar energy projects throughout the country. These projects are taking root in many parts of India that have a high degree of solar power potential. The government has touted these projects as being a major boon to the country in terms of sustainable energy production and economic prosperity, but their impact on the environmental impact that these projects may have is becoming a concern.

Large-scale projects can have a significant impact on a state’s ecology. Construction of these projects can have an effect on migratory animals, forcing them from certain parts of the country and disrupting ecological balance. The impact of such projects may be offset by the fact that they can produce large amounts of electrical power and reduce the need for fossil-fuels. Cutting down on fossil-fuel consumption may more beneficial to the environment in the long term.