Portugal has achieved a major victory in renewable energy

Portugal has reached a major milestone in terms of renewable energy and sustainability. The country has been entirely powered by renewable power for more than four days. During a 107 hour period, Portugal derived all of its electricity from solar energy systems, wind farms, and hydro energy. This means that for four consecutive days, Portugal produce no harmful emissions when generating electrical power. The announcement of this milestone comes only days after Germany announced that clean power had supplied the entirety of the country’s needs on May 15th.

Wind power, in particular, has been growing quite aggressively in Europe. Portugal has been investing in wind energy for some time, hoping to reduce its reliance on fossil-fuels. Wind Europe, a trade association in the wind industry, believes that wind power will play a major role in directing the future of Europe, in terms of energy. Portugal has also been investing in solar power, with SolarPower Europe, another trade association, noting that Portugal’s accomplishment is a major achievement for all of Europe, highlighting what can be done by focusing on renewable energy. 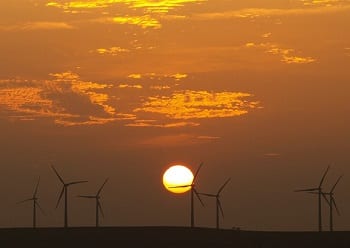 Some are calling the achievement a “historic turning point” in terms of clean power. As more countries begin supporting clean energy, new economic opportunities are likely to emerge. The Portugal wind energy market has highlighted these economic opportunities, showing that new jobs can be created and countries can save money on energy expenditure by becoming more environmentally friendly.