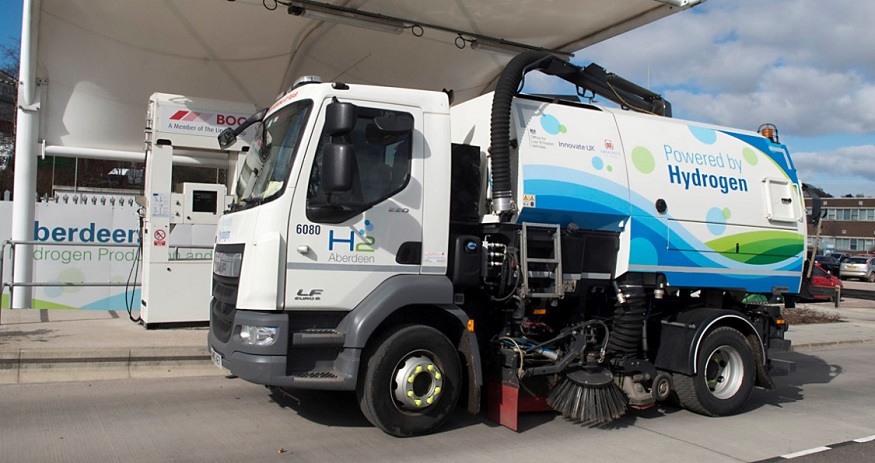 ULEMCo and its partner firms are seeking substantial and immediate infrastructure development.

Project HyTIME is a venture designed to deliver a bioprocess for the production of decentral hydrogen fuel from second generation biomass.

The venture has demonstrated the opportunity for hydrogen duel fuel technology currently available.

Project HyTIME has shown that it’s possible to start using hydrogen dual fuel technology immediately without the requirement for limiting the number of vehicles that would require retrofitting.

ULEMCo is the company working with partners to pioneer the adoption of this method of ultra-low emission hydrogen fuel. In a news release, the company announced that the firm and its partners believe the technology should become a central component of the United Kingdom’s energy strategy. Moreover, it could also play an important role in Great Britain’s recovery efforts from the pandemic crisis.

ULEMCo is seeing an underlying demand across several fleet customers that would assist in forming the base loads and the commercial case for developing a hydrogen infrastructure more quickly.

Over the span of two years, the venture’s trial recorded 14 tonnes of CO2 savings using 11 urban vans and trucks. Those vehicles were powered by green hydrogen dual fuel. The venture concluded that even if only 20 to 45 percent of diesel fuel were to be displaced by green hydrogen on different types of vehicles, by implementing an adequate hydrogen infrastructure, it would be possible to conduct a fleetwide rollout. It stated that this change would lead to a significant reduction in overall fleet emissions.

For the trial, ULEMCo converted four garbage trucks, a patient transport vehicle, a road sweeper, a refrigerated van and four panel vans to operate on hydrogen as a dual fuel. During the Project HyTIME trial, the vehicles traveled almost 60,000 urban kilometers and consumed 1619 kilograms of hydrogen fuel. Among the venture’s partners was Aberdeen City Council, which operated the world’s first road sweeper powered by H2, in addition to two Merc Econic

garbage trucks , and has added a number of others of these vehicles to the streets since then.