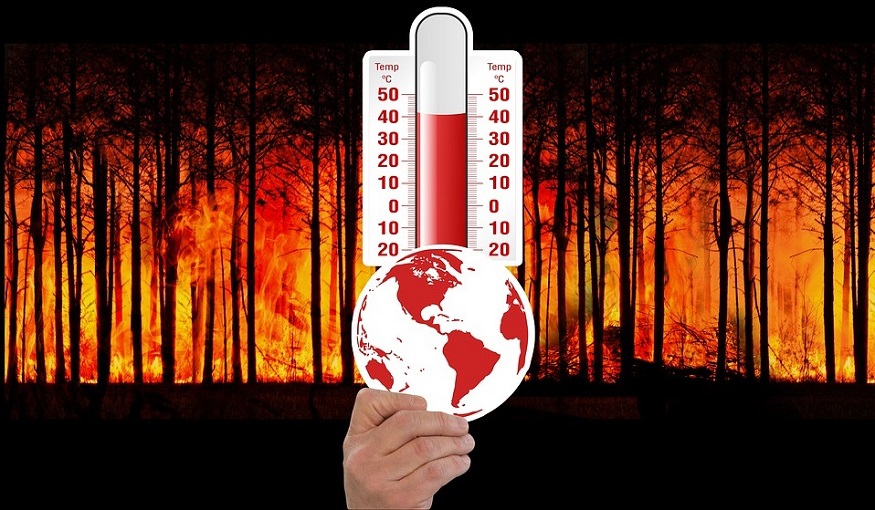 As record high temperatures soared across California over the weekend, Bill Nye, US scientist, author and celeb stirred things up on Twitter with a tweet saying that the weather was a sign of “a little climate change”.

The star of Bill Nye the Science Guy tweeted the message to his six million Twitter followers.

On Sunday, Bill Nye tweeted an image of a large Conant thermometer with a 111 degrees Fahrenheit reading. “111 Fahrenheit. Just a little climate change…” he wrote with the pic.

The LA-based scientist’s tweet then exploded with debate over his comment’s merit, generating over 500 direct replies, over 2,200 retweets and over 18,000 likes by the time of this article’s writing.

This is far from Nye’s first time publicly commenting on the issue of climate change and on record high temperatures. In fact, last year, he appeared on Last Week Tonight with John Oliver and gave a dramatic, prop-burning, expletive-filled funny-yet-scary skit that demonstrated just how precarious the current situation is.

The recent tweet about the record high temperatures was only one more step into Nye’s awareness efforts.

“By the end of this century, if emissions keep rising, the average temperature on Earth could go up another four to eight degrees. What I’m saying is the planet is on f***ing fire,” declared Nye on the HBO program as he used a blowtorch to set a globe ablaze. It was a darker spin on the type of science lab demonstrations he used to make on his Bill Nye the Science Guy show.

“There are a lot of things we could do to put it out. Are any of them free? No, of course not. Nothing’s free, you idiots. Grow the f*** up. You’re not children anymore,” he went on to say. “I didn’t mind explaining photosynthesis to you when you were 12. But you’re adults now, and this is an actual crisis, got it? Safety glasses off, motherf***ers,” said the tongue-in-cheek performance.

Clearly, the recent tweet about the record high temperatures was far tamer than his television performance, and yet it was still just as controversial.