Climate change may be driving higher temperatures in the Arctic

Unprecedented warming in the Artic has caused the region to begin to unravel, according to a new report from the National Oceanic and Atmospheric Administration (NOAA). The report has been co-authored by more than 50 scientists throughout the world, with data showing that the Arctic is warming at double the rate at which the rest of the world is warming. This could present profound challenges in the future, but how to avoid these challenges, or if they can even be avoided, is unclear.

Report highlights the rising temperatures that are affecting the Arctic region

According to the report, between October of 2015 and September of 2016, temperatures throughout the Arctic region were 2 degrees Celsius higher than they had been between the periods of 1981 and 2010. By comparison, the warmest the region has been since temperatures began being recorded was in 1900. The report suggests that the warming trend in the Arctic is due, in part, to the very late formation of sea ice during the fall. Many of the issues facing the Artic are being attributed to the impact of climate change. 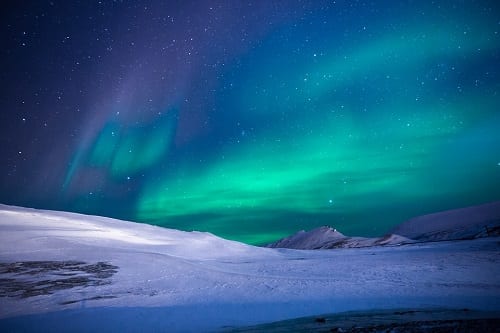 Scientists behind the new report have expressed concern over the warming pattern in the Arctic. According to scientists, if this trend persists over the next few years, the Arctic may have a very different type of climate. As the Arctic continues to warm, this phenomenon could have a major impact on the region’s wildlife, as well as the global environment. What the Arctic has been experiencing in recent years is one of the driving factors behind the fight against climate change. The problem, however, is that politics may have made battling climate change a nearly impossible task.

Politics could derail the fight against climate change

Nature is not adherent to the political world, but much of the perception of what is happening in nature is swayed by politics. For instance, some politicians in the United States, the United Kingdom, and Germany believe that climate change is nothing more than an unsubstantiated fear. While these politicians are not scientists, their opinions are often taken to heart. This has proven to be a major challenge for the fight against climate change, especially in recent years.