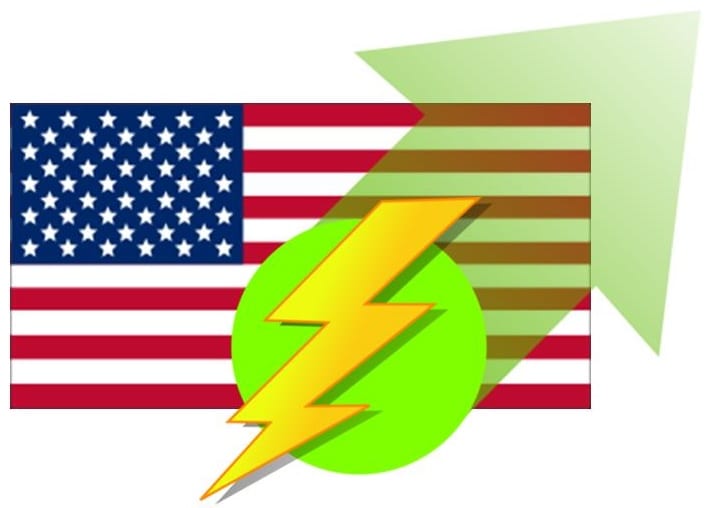 The U.S. Federal Energy Regulatory Commission’s Office of Energy Projects has released its latest Energy Infrastructure Update report. The report highlights the progress that has been made in the country’s energy sector, tracking the growth of clean power projects and how much they are contributing to the overarching infrastructure. The report shows that renewable energy has made considerable progress this year thanks to the completion of several projects that had begun in 2013 and 2012.

According to the report, 55.7% of new energy capacity came from clean power projects in the first half of this year. Renewable energy has been gaining more support in the U.S., but development of a single clean energy project can take a year or more. In 2013, many new projects began development throughout the country, but most of these projects have yet to complete their construction phase. Those that have been completed, have begun supplying electrical power to the country’s energy grid.

Solar energy accounted for 32% of new clean energy capacity during the first half of this year, with 1,131 megawatts worth of solar projects beginning to produce electrical power. Wind energy, biomass, geothermal energy, and hydropower followed behind solar. Much of the growth the solar sector has been seeing is due to incentives provided by the federal and state governments as well as the falling cost of photovoltaic technologies.

US likely to retain focus on fossil-fuels

While the U.S. is showing more support for renewable energy, it is still firmly focused on the consumption of fossil-fuels. The country intends to continue using fossil-fuels, especially natural gas, for the foreseeable future. In many cases, fossil-fuels are somewhat less expensive than renewable power. Adopting clean energy means modernizing the country’s infrastructure, which is also a very costly endeavor. Despite an enduring interest in fossil-fuels, the country has been taking steps to regulate carbon emissions and promote the use of clean power.