A team of researchers from the Seoul National University have developed new technology to mass produce hydrogen fuel. According to the South Korean Ministry of Science, ICT, and Future Planning, this technology could mark the beginning of a new generation of renewable energy. The technology is meant to produce hydrogen using little more than water and sunlight in a process that mimics photosynthesis. If this technology can be commercialized, it may have major implications for clean energy throughout the world.

Many new hydrogen production methods that seek to use sunlight focus only on ultrviolet light, which comprises just 4% of sunlight. Many of these production methods have fallen short because of the limited amount of ultraviolet light that comes from the sun. Researchers from the Seoul National University believe that using the full spectrum of visible light would be more effective in producing hydrogen in meaningful quantities. 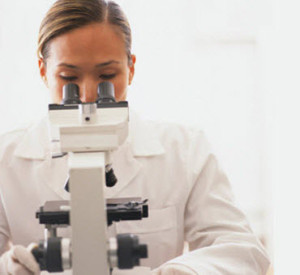 According to the research team, their technology is able to generate 74 times more hydrogen from water than conventional production methods. The team has made use of gold nanoparticles, which are able to produce hydrogen from a water source by absorbing visible light at a low energy level. This creates thermoelectrons, which allow for hydrogen production through electrolysis. While this process is able to produce a large amount of hydrogen, it is not yet efficient due to the fact that thermoelectrons break down very quickly once produced.

It could take years for the technology to reach a point where it could be considered commercially viable. Hydrogen fuel may struggle to find significant success in the energy field until that point. Currently, hydrogen is primarily being used in transportation and for industrial purposes, but this form of clean energy has begun seeing use in the residential sector. In Japan, many homes are beginning to use fuel cells to generate the electrical power that they need.