A new study from the National Renewable Energy Laboratory suggests that wind energy could stabilize the energy grid of the eastern U.S. Grid stabilization is often an issue where renewable energy is concerned. At times, clean energy systems can generate more electrical power than an energy grid can handle. Frequency regulation plays a major role in grid stabilization in the U.S., and wind turbines may be a new solution to the stabilization problem.

Regulating the energy grid is no easy task

Frequency regulation is the process through which the operators of an energy grid police the frequency of the infrastructure’s alternating current. Energy grids are strictly controlled throughout the U.S. and  are mean to put out electric currents with frequencies of 60 Hertz. In order to maintain this frequency, grid operators regularly change how much electricity is being funneled into the grid. Destabilization occurs when frequency is not properly regulated. 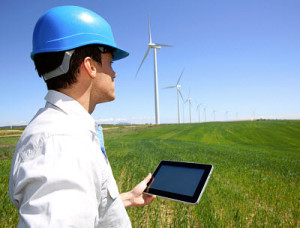 Wind turbines could be a new solution to this problem. According to the study from the National Renewable Energy Laboratory, wind turbines could be controlled to affect grid stabilization. The study shows that wind turbines can be tweaked using simple, commercially available mechanical parts. By changing the way these turbines generate electrical power, grid operators may be able to effectively control how much energy is coming into the grid.

Though wind energy may not be as dangerous to the grid as previously thought, there are still challenges in using this form of clean energy effectively. Energy storage is one of the more problematic issues facing clean power currently. In the case of wind energy, simple tools can be used to change the production of wind turbines. Long-term energy storage remains as a problem, however, as turbines do not have any inherent energy storage system. Without effective storage solutions, renewable energy systems may not be able to meet grid requirements at all times during the day.